Roxen is a non-binary deep house singer from Romania who has drawn comparisons with the likes of Billie Eilish and Dua Lipa. Their 2020 single, ‘Alcohol You’ was selected to represent Romania at the 2020 Eurovision Song Contest, although the competition was sadly never held due to that year’s pandemic. Undeterred, Roxen has since enjoyed hits with the likes of ‘Spune-mi’, ‘Parte Din Tine’, and ‘Dincolo de Marte’. They are massively popular on TikTok where they have nearly a quarter of a million followers and over 4.5 million likes for their content. After initially identifying as female, they came out as non-binary on the platform in 2021, later stating that they identify with all pronouns.

Roxen was born in the city of Cluj (formerly the capital of Transylvania) just five days into the 21st century. When they were seven, they began taking singing and piano lessons. In their late teens, they were signed up by Global Records and were a featured vocalist on Sickotoy’s 2019 dance hit, ‘You Don’t Love Me’. In 2020, international recognition beckoned when they were chosen to represent Romania at Eurovision with her song, ‘Alcohol You’, but the sadly, the competition was cancelled and entries were ineligible for the next year’s contest. Despite submitting two strong entries in 2021 and 2022, Roxen didn’t quite make it.

In Romania, however, they have become a popular presence, endorsing hair-dye companies, writing for other artists, and having further hits. One of their most popular songs to date, ‘Ce-ti Canta Dragostea’, has been streamed over 41 million times on YouTube. 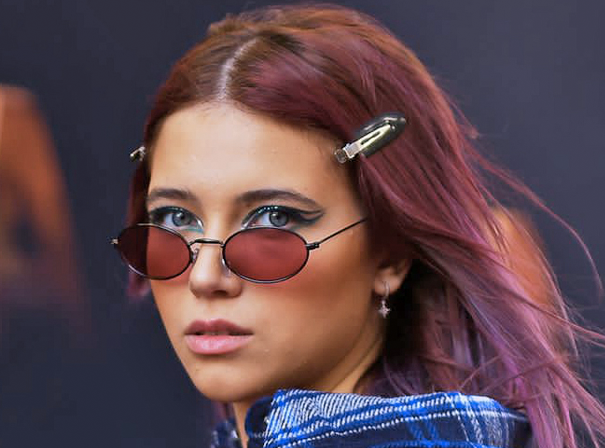