Rubi Rose is a newcomer to the rap scene who is blazing a new path. The up-and-coming star is best known for her 2020 mixtape, For The Streets, and for her starring role in the Bad and Boujee music video.

Hailing from Kentucky, Rose moved to Atlanta as a teenager and got her start in the music industry as a model. She soon gained notoriety after appearing in other rapper’s music videos, including content for LVRN, Ruary and, most notably, Migos and Lil Uzi Vert’s 2016 hit Bad and Boujee. The official music video, in which Rose starred, has amassed one billion views on YouTube. Her debut vocal performance came on Playboi Carti’s single On Top in 2018, giving fans a taste of the electrifying music that was to come. Rose got to work developing her own unique style, which she first shared with the world in 2019 in singles Big Mouth, Trickin, and Hit Yo Dance.

2020 saw Rose’s career reach new heights, with the release of singles Pogo, He In His Feelings, and Pretty MF, as well as features on tracks from Day Sulan and Wiz Khalifa. Rose dropped her highly-anticipated debut mixtape in December 2020, which included a prelude featuring Cardi B praising the young rapper on her music and voice. For The Streets includes eight tracks, including Viral and Whole Lotta Liquor, a stand-out track which features Future and PARTYNEXTDOOR.

With over two million followers on Instagram alone, thirty-five million YouTube views and one million monthly Spotify listeners, Rose is one to watch in 2021 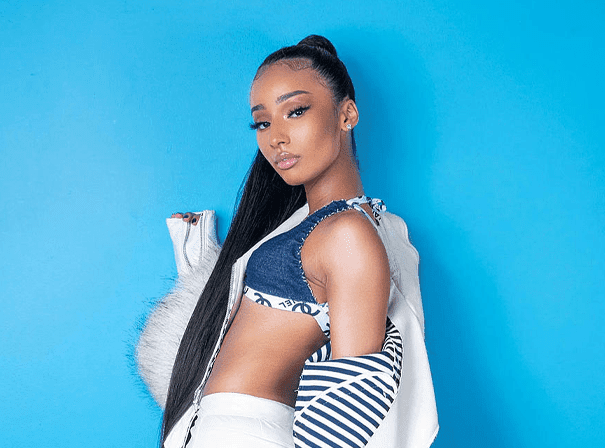