Famous as the first pop star to popularize Moroccan pop music, Saad Lamjarred is an award-winning singer-songwriter, record producer, actor and dancer. His 2015 mega-hit track ‘Lm3allem’ smashed a Guinness World Record after racking up over 856 million views on YouTube in less than 3 months of release, and as of February 2022 has been viewed more than 980 million times making it the most viewed Arabic video on the video sharing platform.

Born in Rabat, Morocco to actress and comedian Nezha Regragui and Moroccan classical singer Bachir Abdou, Lamjarred began singing when he was just four years old. After studying music, dance and art theory at Rabat’s Conservatory of Music the singing sensation relocated to the US, where his exposure to western music became his new source of inspiration.
In 2007 Lamjarred got his first big break after coming second in season 4 of the hugely popular Arab talent television show Super Star. Four years later he made his acting debut in Moroccan soap opera Ahlam Nassim, and in 2013 his music career began to sky rocket after the release of his album Wala Aalik followed by EP’s Salina and Enty, with the title track of the latter becoming one of his biggest hits to date and earning Lamjarred an award at the Méditel Morocco Music Awards. 2014 also saw the young talent nominated for the Best Middle East Act at the 2014 MTV Europe Music Awards.

Lamjarred remains as popular as ever at the start of the new decade, becoming the first Arab African singer to earn a prestigious Diamond Button after reaching 10 million subscribers on his official YouTube channel in June 2020. 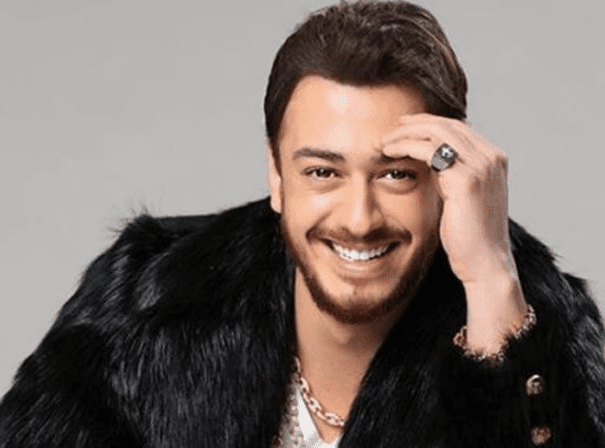