Born in Chicago, SahBabii began recording music after arrivingin Atlanta with his family: alongside his older brother, T3, he released a pairof early mixtapes that generated significant buzz on the local scene, honing aninstantly recognisable style of melodic rap that floats lazily over hispsychedelic productions. After taking some years out of the music game, Valderychose to take another shot at stardom, recording a mixtape in his bedroom usinga broken microphone. His decision was a wise one, as the record’s lead singlesoon gained him national attention and secured a major-label record deal withWarner Bros Records, who subsequently re-released his mainstream debut, S.A.N.D.A.S,with two bonus tracks.

Saheem Valdery, better known under the stage name SahBabii, rose to prominence in 2017 after his breakout single ‘Pull Up Wit Ah Stick’, featuring Loso Loaded, went viral, racking up 55 million views on WorldStar while peaking at No 45 on the Billboard 200. The popularity of the tune led to a remix from T-Pain, Fetty Wap and Wiz Khalifa, prompting Young Thug to fly SahBabii out to London to meet Drake, who expressed interest in laying down a verse on the track. Since his debut, he’s independently released a critically-acclaimed second project, Squidtastic, made several appearances in the Billboard and Apple Music Charts, earned Gold certification from the RIAA, and appeared on year-end lists from Rolling Stone and The New York Times.

Described by HotNewHipHop as “vibrant, infectious anduniformly great”, the release landed on Apple Music’s Top 10, confirmingSahBabii’s status as one of American hip-hop’s most exceptional new talents, ablatant individualist developing a new sound that sets him far apart fromimitators. His latest release, the ‘3P’ EP, builds on his reputation as ahip-hop innovator while stoking global anticipation for his upcomingfull-length project, Wolverine. 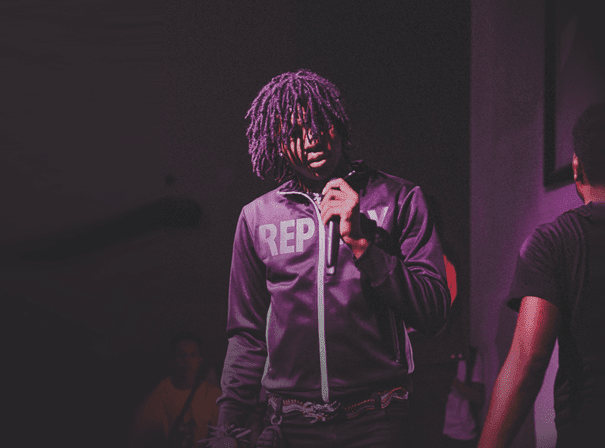