Young American-based group T3R Elemento are a major exponent of “regional” Mexican music, known for hits such as ‘Aerolinea Carrillo’, ‘Ojitos de Miel’, and ‘Mi Religion’. Their albums Underground and The Green Trip were nominated for the Best Regional Mexican Album Award at the 2018 Latin American Music Awards. The band have also been nominated for the Favourite Group Award at the prestigious ceremony. Among their most popular recent releases are tracks such as ‘Labios de Cereza’ and ‘Falta de Quimica’, both of which notched up over 1 million YouTube views within weeks of being uploaded. Unsurprisingly for such a popular young band, they have a massive social media following, including 1.8 million Instagram followers, 1.7 million YouTube subscribers, and nearly 4 million monthly listeners on Spotify. Their most popular tune, 2018’s ‘Aerolinea Carrillo’ has been streamed an amazing 186 million times on Spotify and an incredible 285 million times on YouTube.

Such massive success was a case of third-time lucky for the founding members of the band — the ‘3’ in their name symbolises that this was the third time they had tried to form a successful band. Their first album, Rafael Caro Quintero, was released in 2016, and the title track reached 25 on Billboard’s Hot Latin Songs chart later the following year. Their breakthrough, however, came with the album Underground, which reached number two on the Regional Mexican Album chart, and its follow-up, The Green Trip, which topped the charts and included their massive hits, ‘Aerolina Carrillo’ and ‘Mi Religion’. They haven’t looked back since. 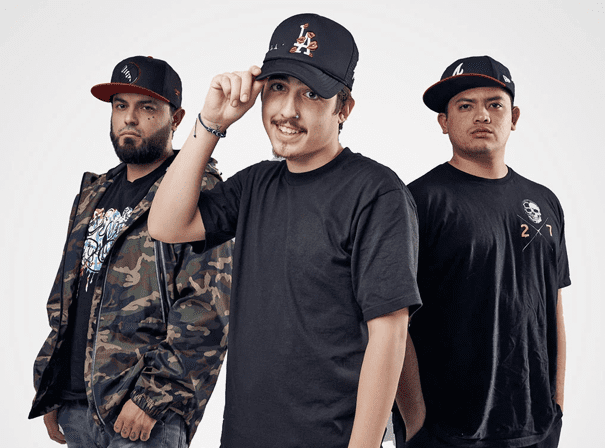