Andreas-Ionuţ Ursu is better known in his native Romania as wrs. He began his showbiz career as a professional dancer, backing stars such as Antonia, Inna, and Carla’s Dreams and appearing on the likes of Romania’s Got Talent and The Voice Romania. In recent years, however, he has stepped out of the chorus line to become a singer-songwriter and a star in his own right. In 2022, he enjoyed his greatest success yet with Llàmame, which became that year’s Romanian Eurovision entry. It also reached the top-three in Romania and also charted across much of Europe, including Germany, Spain, and the United Kingdom (it has Spanish and English lyrics). Wrs is popular on social media and can boast a quarter of a million followers across Instagram and TikTok.

Born in the historic city of Buzǎu in 1993, wrs was inspired by his parents’ love of traditional Romanian folk dances to take up dancing himself when he was 12 years old. Aged 15, he joined a fledgling boyband called Shot but left after two years to relocated to London and work on his songwriting. He returned to Romania and worked as a talented backing dancer before releasing his debut solo single, ‘Why’ in 2020. He enjoyed his first sizeable hit with ‘Amore’ (a collaboration with Ilkan Günüç) the following year.

Although ‘Amore’ achieved several million streams and reached the Romanian charts, wrs real breakthrough came when ‘Llàmame’ was chosen as Romania’s 2022 Eurovision entry. Across various platforms,the song and wrs’ Eurovision performance have been watched and streamed well over 10 million times. His debut album, Mandala, was released that March. 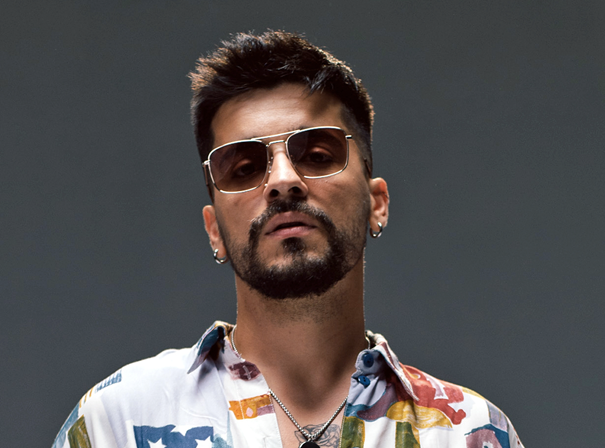