Referred to as the “Beyonce of Softball”, AJ Andrews has surely taken the spotlight. The professional softball player, television hostess and motivational speaker is best known for her work on the field, as well as being the first woman to win a Rawlings Gold Glove Award in 2016.

The Florida native took to the sport and made it her calling, as she started playing at the young age of 11. Through her youth softball career, she started gaining accolades for her hard work on her teams, such as being named player of the year for her county while attending high school. The reason for her earning player of the year never went unnoticed, as she was drafted to play college softball for the LSU Lady Tigers. While playing through her college career, Andrews was able to participate in two of the Women’s College World Series. Amidst the 2015 season, Andrews graduated from LSU and was selected by the Chicago Bandits of National Pro Fastpitch, and later traded to the Akron Racers.

Along with garnering the Rawlings Gold Glove Award, Andrews has also received additional achievements. She became the co-winner of the Rally Spike Award, and in 2017 she was featured in the Body Issue of ESPN Magazine. Being a professional softball player all on its own is an achievement and places Andrews on a pedestal for all young girls. However, she also does more to be a role model for young girls, by working with nonprofits like Play Like a Girl. She has also attended conferences like the ESPNW Women + Sports Summit, where she steps up to motivate young women to stay in sports. Andrews continues to pursue her softball stardom and motivate others around her by appearing on talk shows such as Awareness Talks. 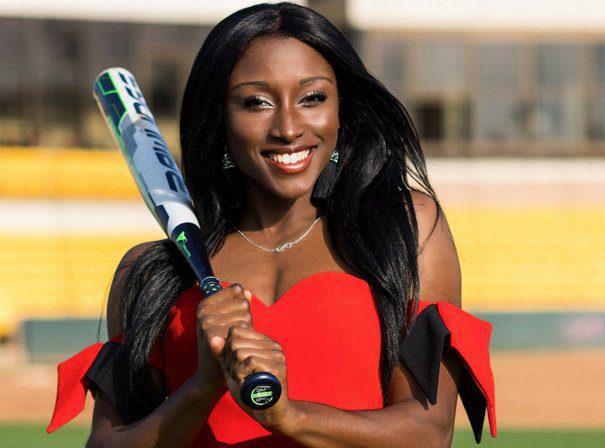