Professional basketball player A’ja Wilson plays for the Las Vegas Aces in the Women’s NBA as a power forward, having been part of the South Carolina Gamecocks in college.

Wilson’s father was also a basketball player, having played professionally in Europe for ten seasons. She was naturally gifted at the sport as a child, playing throughout her time in high school and helping her team to victory in the 2014 State Championships. She was named as National High School player of the year in the same year, being selected to attend South Carolina University where she won the SEC Freshman of the Year Award in her first year. She helped the team to their first ever victory in the 2017 Women’s Basketball Championship and as a result was named as the NCAA Basketball Tournament Most Outstanding Player. On leaving university, Wilson was drafted as first pick for the Las Vegas Aces, scoring 14 points in her debut game with the team. She won WNBA Rookie of the Year in the same year and in 2018 was also part of the gold medal winning USA team at the World Cup held in Spain.

Most recently, Wilson was named as WNBA Most Valuable Player for 2020, and continues to put in stellar performances with the Aces. This outstanding player is still in the early stages of her career, and has already made her mark on the scene. 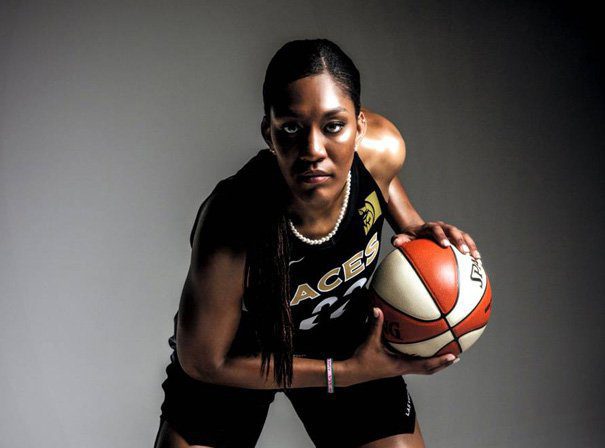