Akin Solanke-Caulker is one of the regular faces on E4’s hugely popular reality TV show Made in Chelsea. Joining the cast in late 2016, Akin was the first black cast member and made an immediate impact thanks to his charming personality and dashing good looks. Well known on the West End party scene, he grew up in East London before moving to Parsons Green near Chelsea. Before appearing on screen, Akin played semi-professional rugby, where he befriended JP and Alex Mytton, his fellow MIC cast members. Akin, who has a reputation as an old-fashioned gentleman, has oodles of wit, charm and personality and now runs his own sports agency, which finds him representing a host of internationally acclaimed athletes.

Akin is also a real music lover who has DJed at high-profile parties for high-end clients such as Dior and Hublot. He has recently branched out into the sport broadcasting world, presenting for esteemed broadcasters such as ESPN, for whom he handled their Wimbledon coverage. With a wealth of knowledge, professional attitude and a magnetic personality, he is a real natural in front of the camera and brings a great sense of charisma to his broadcasts. As such, Akin Solanke-Caulker is an adored celebrity, a talented DJ and endearing presenter who brings real gravitas to any event. 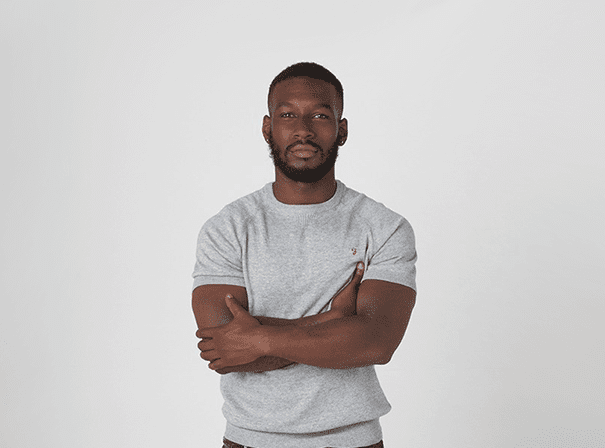