Polish taekwondo athlete Aleksandra Kowalczuk is a European Championships title-holder, and a multiple Grand Prix gold medallist. Kowalczuk competes in the +67kg and +73kg (or heavyweight) divisions, and represents club Taekwondo AZS Poznań as well as Poland’s national team. She is frequently one of the highest-ranked competitors in her division in the World and Olympic Kyorugi Rankings.

Kowalczuk first made a name for herself competing across European at junior level, and quickly racked up podium finishes at events including the German, Dutch and Belgian Opens. In 2013, she took gold at the European Junior Championships in Porto, after which she began to compete at senior level and continue her success on the Open circuit, picking up golds in Austria, Serbia, Turkey, Greece and the United States. Later returning to the European Juniors at under-21 level, she took bronze in Bucharest in 2015, and returned to Grozny to take silver the following year.

Over the following seasons, Kowalczuk continued her streak, snatching a silver medal at the WT President’s Cup and also finishing in second-place at the Universiade in Taipei. At the 2018 European Championships in Kazan, she advanced to the final where she faced world champion Bianca Walkden for the title. Kowalczuk emerged victorious, taking her first European gold, and asserting her position as one of the premier women’s taekwondo athletes in the world. Having made her Grand Prix debut two years before, she also took consecutive golds at the 2018 meets in Rome and Moscow. 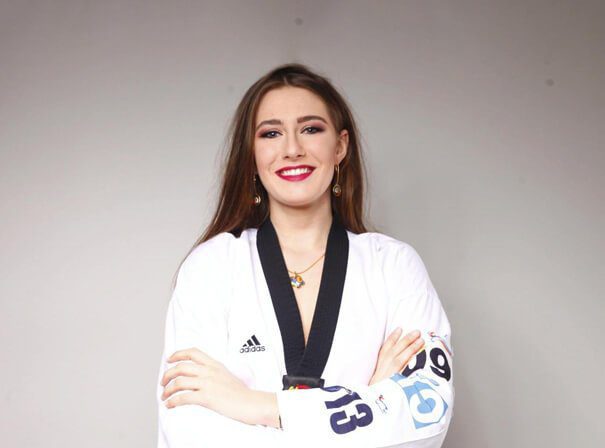