Alexandra Kiroi Bogatyreva is an Australian rhythm gymnast and promising young talent in the sport. At only 18, her skill has earned her two championships already; she was named the 2018 and 2019 Australian All-Round Rhythmic Gymnast Champion.

Born in Melbourne, Australia, she showed aptitude for athletics at a young age. She was a talented ballet dancer, but was encouraged to try gymnastics by her parents. She first took up gymnastics at age 6 and started competing at 10. She has had a rigorous education in the sport, training at the Prahran Rhythmic Gymnastics Centre. As a junior, she first competed internationally in 2012, immediately gaining successes in competitions such as third All-Around in the Australia Cup, first in Luxemburg Cup 2017, and 11th in the FIG Aphrodite Cup in Greece 2017.

After graduating to the senior element of the sports, she competed for Australia in the Commonwealth Games, winning bronze medals in single and team events. Since this, she has performed internationally many times, twice in the FIG Rhythm Gymnastics World Championships, and four times in the FIG World Cup and three in the FIG Challenge Cup. In 2019, she qualified for the 2021 World Games in Birmingham, Alabama. She teaches masterclasses in rhythm gymnastics on her YouTube channel, with videos teaching viewers on technique and skill, as well as providing stretching exercises alongside this. 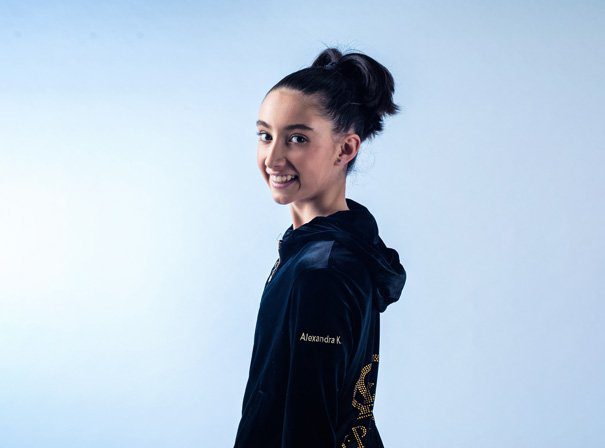