Alexis Bellino is an actress and reality television star best known for starring on American reality show The Real Housewives of Orange County. Bellino has also appeared in the TV series General Hospital, on Marriage Boot Camp: Family Edition and Tamra’s OC Wedding. Bellino has also taken the world of social media by storm and has racked up an impressive 352k Followers on Instagram. Unsurprisingly Bellino is in demand from numerous brands for collaborations, and recently launched the Alexis by Glitzy Bella Collection, featuring jewellery and accessories which reflect her lifestyle and taste in fashion.

Bellino was born in the small town of Hannibal, Missouri, and moved to the Newport Beach area of the Newport Coast, California with her self-made entrepreneur businessman husband Jim Bellino. Bellino joined the cast of hugely popular reality series The Real Housewives of Orange County during Season 5 of the show in 2009 and instantly made an impact on viewers as a stay-at-home Christian mother who wasn’t afraid to live life on her own terms. The series also followed Bellino as she tried to run her own dress line business after quitting her former job as a news correspondent to spend more time with her family. She stayed with the show until the end of the eighth season.

Since leaving the show Bellino split up with her husband and found love with a new partner, and she also returned to television (along with her mother Penelope) on Marriage Boot Camp: Family Edition. 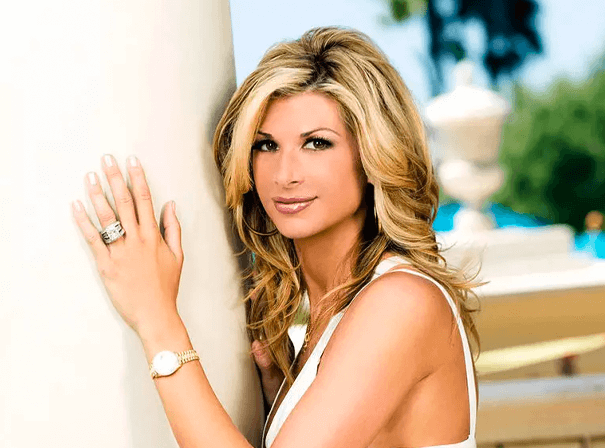