Newcomer Alexis Ruiz is already turning heads in the compound archery world. At her debut season, Ruiz managed to rank number one in the world, after her formidable performance at the 2019 Hyundai Archery World Cup in Berlin. Titan of the bow, Ruiz medalled individually at all four World Cup stages. These medals included a bronze at Medellin (Columbia), and then at Shanghai (China), and a silver in Antalya (Turkey). As a result of Ruiz’s storming success, she was nominated for the athlete of the year award for World Archery.

Over the years, Ruiz’s skillset has diversified and improved culminating in some incredible victories as recent as 2020’s Indoor nationals. By shortening her draw length and increasing her determination, Ruiz blew away the competition and landed the number one spot. Ruiz has already amassed a stack of medals that puts some of her more mature counterparts to shame. Ruiz is the calm in the storm when she is competing on the field. Unwavering in her focus, she does not succumb to the pressures of the game.

For such a young competitor, Ruiz has done more than enough to establish herself as a tour-de-force on the world stage. Team USA has picked a winner in Ruiz and, it’s not a question of, “if” but, “when” Ruiz will strike her next major victory. Ruiz is the epitome of an athlete growing from strength to strength. 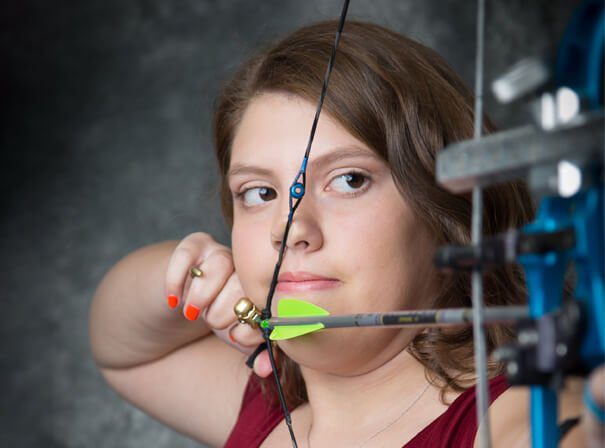