Tipped by a Chelsea scout as ‘the next John Terry’, Alfie Gilchrist is a football prodigy who is signed for the Premier League club until Summer 2023. A formidable right-footed central defender, Gilchrist has already stood out from the crowd of up-and-coming young players at the Chelsea Academy thanks to his excellent winning mentality, competitiveness and ability to play in a back three or back four.

Raised in a family of huge Chelsea fans, Gilchrist signed for the club as an Under-11 after kicking off his playing career at Queens Park Rangers. The promising defender has quickly risen up through the ranks of Chelsea’s youth sides and a string of impressive performances during his first Under-18 level year led to Gilchrist signing his first professional contract with the Premier League side, keeping the young prodigy a Blue for at least the next year.

Gilchrist finished the 2020/2021 season with 18 Academy appearances, including one for the Development squad, an FA Youth Cup appearance and a goal for the younger Academy age group. Chelsea were so impressed with Gilchrist’s achievements that he was chosen as the club’s 2021 Scholar of the Year.

In December 2021 the Blues youngster was picked as Chelsea’s Under-23s captain, and his performances led part-time scout Sean Conlon to make comparisons between Gilchrist and Chelsea legend Terry. Gilchrist may still have a little way to go to follow in the Blues legend’s footsteps, but he’s certainly headed in the right direction. 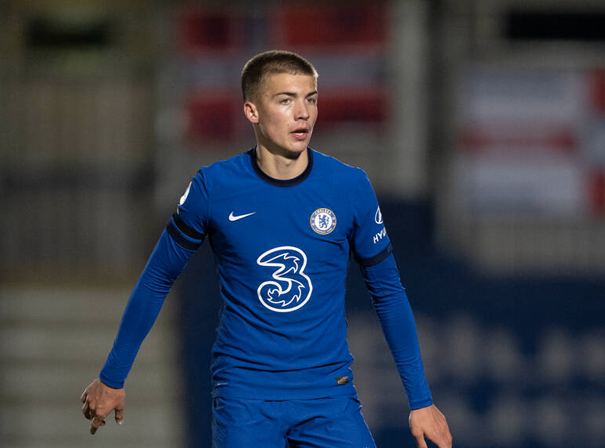