Known for her sporting expertise and dominance on the hockey pitch, Ali McEvoy Campbell’s career only continues to ascend. McEvoy Campbell is one of the most beloved American female hockey players of all time and deservedly so. McEvoy Campbell was only 14 years old when she started to play for the USA National Field Hockey Team, making her the youngest player to ever be picked for the indoor team and launching the start of a dazzling international career. As part of Team USA, the indomitable player has won bronze, silver and gold medals at the Pan American Games. In the 2017 series of the tournament, McEvoy Campbell was named the top goal scorer of the tournament as well as the top player. Having played 31 international games for the USA National outdoor team and continuing to play for the indoor team, McEvoy Campbell is the first player to represent both teams, only further demonstrating her versatility and innate talent.

Moreover, McEvoy Campbell is renowned for her impressive college career. Being named the League’s Defensive Player of the Year and winning two NCAA Championships during her time at the University of Maryland is an outstanding feat for anyone. However, McEvoy Campbell’s accomplishments seem all the more remarkable considering her battle with multiple ACL tears during her college career. Since graduating with a degree in Family Sciences, McEvoy Campbell has continued to light up hockey pitches with her deft skill and has also become an incredible coach, transforming failing teams into a record-breaking side. With the goal of reaching the Olympics in the near future, it seems nothing can hold back Ali McEvoy Campbell. 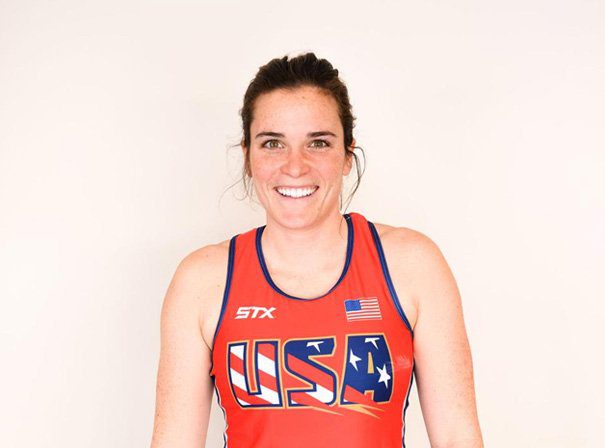