Alison Mitchell made history in 2007 when she became the first female commentator on BBC’s legendary cricket programme, Test Match Special, a show that has been on the air since 1957. She also became the first female ball-by-ball commentator on men’s cricket for ABC Radio in Australia. A talented journalist, broadcaster, and commentator across many sports, she won the 2013 SJA Broadcaster of the Year Award in Australia and has been seen, heard, and read on an astonishing number of platforms all over the world in the last 20 years. She currently presents the Stumped cricket podcast for the BBC.

Mitchell’s journalism career began whilst she was studying for her A-Levels and got a part-time job as an assistant at BBC Radio Northampton. A keen sports fan and player, she played hockey for both her native Northamptonshire and the University of Nottingham where studied geography. Despite her degree subject being less-than sporty, she still managed to submit a dissertation about cricket! After graduating, she trained in broadcast journalism in Falmouth and then became a sports reporter for local BBC radio stations around England.

Despite her reputation as Britain’s first-ever female cricket commentator, Mitchell has also worked for many other BBC Networks, including the Asian Network and BBC News. She has also commentated on the Olympics, the Commonwealth Games, and major cricket and golf tournaments. She has also worked for Sky Sports, BT Sports, ESPN, Channel 5, The Guardian, and many more. She completes her peerless cricketing credentials by having contributed to the legendary Wisden Almanack. 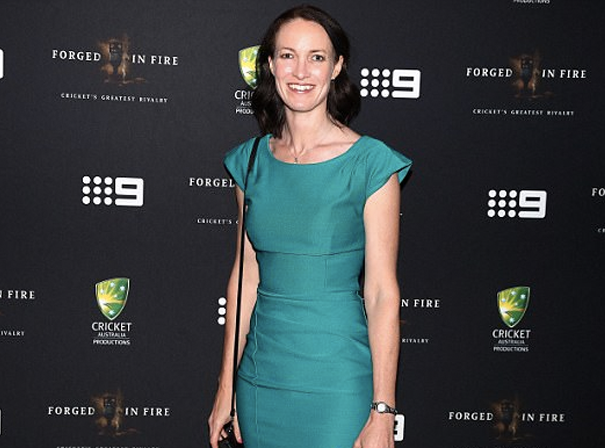