Ali Sofuoglu is widely recognised Turkish international karateka. Born in 1995, Sofuoglu has competed in the European games and championships in the Kata. The Kata is a highly skilled and detailed pattern of movements which can be practised alone and in a group to perfect the movements of Japanese martial arts.

Sofuoglue is a member of the esteemed Istanbul Buyuksehir Belediyesi SK, which is a multi sports club with many top ranked athletes in the municipality of Istanbul. In his junior career, Sofuoglu competed in the 7th World Junior and cadet karate championships in Malaysia in 2011, showing great promise at a young age. One of his most recognised achievements is winning a silver medal in the European Championships held in Turkey on 6th May 2017. 490 competitors from 43 countries competed in the Karate championships alongside Sofuoglu.

Sofuoglu later competed at the 2019 European games in Minsk, where he demonstrated his talent and qualified to compete in Kata for Turkey in the 2020 Olympic games in Tokyo. Sofuoglu notably achieved one of the 32 places that were allocated to the highest ranked athletes per gender in each category, confirming his position in the international ranks. 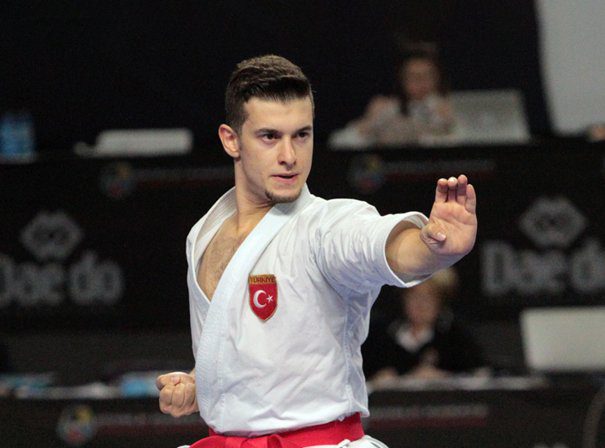