Alice Tai MBE is a young Paralympic swimmer who has been an inspiration to sportspeople with disabilities everywhere for many years. She was made an MBE in 2017 after winning team gold and individual bronze at the 2016 Olympics in Rio de Janeiro. She was also named the Youth Sport Trust Young Sports Person of the Year at the BEDSAs, and in 2019, was named Disability Sportswoman of the Year by the Sunday Times. In addition to her Olympic medals, she has a gold medal from the Commonwealth Games and a further seven World Championship golds and five European Championship golds. In January 2022, she bravely underwent surgery to amputate her right leg below the knee, but by early June 2022, she was back in the swimming pool and back in training.

Tai was born in 1999 in Poole, Dorset, but grew up just along the south coast in the town of New Milton. She was born with bilateral talipes, more commonly known as clubfoot, meaning that both of her feet were turned inwards and downwards. Before she reached her teens, she had endured no fewer than 14 corrective surgeries and often needed to use a wheelchair during recovery. Nevertheless, she joined a local swimming club in New Milton when she was eight. It took another two years before she and her family realised that she qualified as a disabled swimmer. The following year, she was classed as an S10 disabled swimmer and began competing at events, immediately showing the incredible promise she has already made good on. 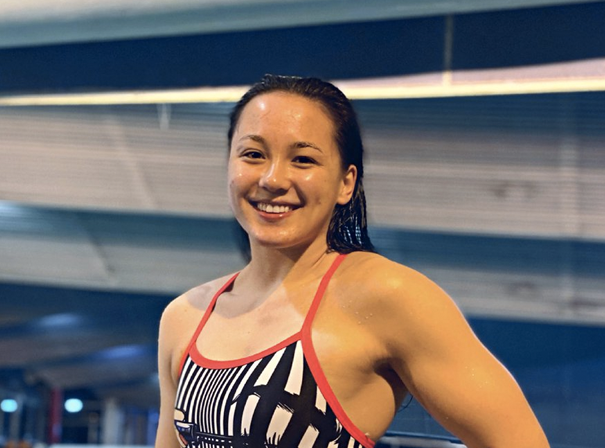