What can you say about someone who already stands tall as the champion of the world in his field? He is evidently the best, the hardest work and the greatest talent. Current UFC Bantamweight Champion Aljamain Sterling is that man and has earned every second of success he has ever and will experience. Growing up with 7 siblings in New York in a Jamaican household, Aljamain could have delved deep into gang life like some of his brothers. However the athlete stood strong and determined, focusing instead on wrestling at Uniondale High School.

Aljamain eventually moved to Morrisville State College where he was introduced to MMA for the first time. Following his freshman year the MMA champion moved to Cortland College where he became a two time NCAA Division III All-American with a record of 87-27. He graduated from Cortland with a Bachelor’s degree in Physical Education. Around this time Aljamain became known as The Funk Master for his unorthodox wrestling style. In 2009 he debuted his amateur career, during which he held a 6-1 record. Literally three bouts into his professional career Aljamain defeated Claudio Ledesma for the Ring of Combat Bantamweight Championship title.

The superstar made his Cage Fury Fighting Championship debut following this title win, during which he served opponent Evan Chmieleski with a TKO in the featherweight division, earning himself a shot at the CFFC Bantamweight Championships. Aljamain did not disappoint and beat Sean Santella to secure himself the title, one which he defended three years in a row following his initial victory. This amazing performance earned Aljamain a spot in the Ultimate Fighting Championship, debuting against Cody Gibson in 2014 at UFC 170. In 2020 he was awarded Performance of the Night for his submission win against Cory Sandhagen. A year later Aljamain became the new UFC Bantamweight Champion. 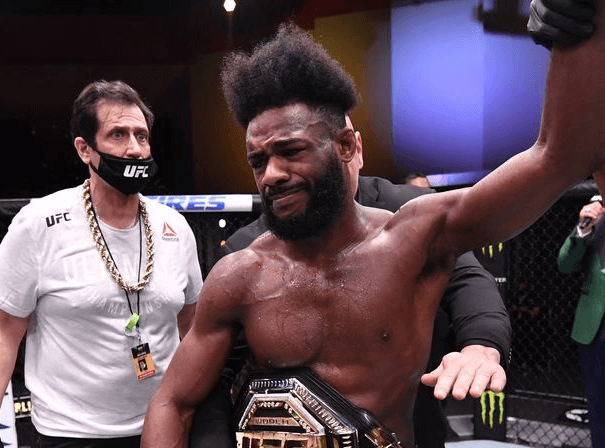