American professional tennis player Amanda Anisimova is one of the world’s top players, having won two WTA tour titles and reached three WTA finals so far. The tennis ace has been ranked in the top 100 since shortly after she turned 17 years old and has a career-high WTA ranking of No. 21 in the world. Anisimova got her first breakthrough at Grand Slam events in 2019, defeating World No.11 and leading title contender Aryna Sabalenka to reach the fourth round of the Australian Open, and upsetting defending title and World No. 3 Simona Halep at the French Open, becoming the youngest semi-finalist at the tournament in more than 10 years. In 2022 she reached the quarterfinals of Wimbledon for the first time in her career.

Anismova began her tennis career at a young age, with her older sister also an accomplished player and her father Konstantin her long-time coach. After moving from New Jersey to Florida for the better training opportunities, she soon rose to the No.2 ranked junior player in the world and won the 2017 US Open girls’ singles title. The young player garnered attention when she reached the French Open semifinals two years later as a 17-year-old and she became a front-runner as the future face of tennis in America. But just as she began to step into spotlight, Anisimova had to deal with bad luck and tragedy, losing her father followed by the impact of the Covid 19 pandemic.

Thanks to her strong work ethic and determination, 2022 has been different for the tennis ace with excellent performances at the Australian Open, Wimbledon and in Paris. Now motivated even further to train harder and work harder, Anisimova is one to watch for the future. 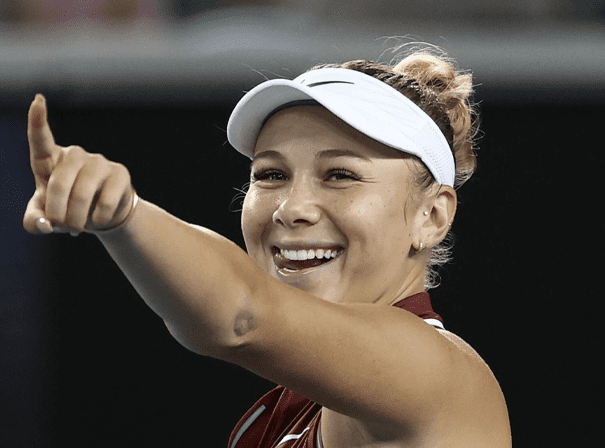