Amanda Kloots is a fitness instructor, celebrity trainer, dancer and American television personality who has co-hosted daytime talk show The Talk since 2021. In June 2021 she released her memoir Live Your Life: My Story of Loving and Losing Nick Cordero (co-authored by her sister) , and later the same year she became a contestant on the popular series Dancing with the Stars, finishing in fourth place on the 30th season of the dance reality show. The star has racked up an impressive online following, amassing over 732,000 followers on Instagram where she garnered attention for openly documenting her husband Nick Cordero’s health difficulties and death from COVID-19 complications on the social media platform.

An Ohio native, Kloots began her career as a dancer performing in several Broadway musicals including Bullets Over Broadway, Young Frankenstein, Good Vibrations and Follies, and she was a member of the Radio City Rockettes dance company. In 2020 she launched her own digital fitness brand with exercises videos she had created herself, and later the same year made her debut as a guest co-host on The Talk, becoming a permanent fixture on the show in January 2021.

Now a successful and motivating trainer, Kloot brings her radiant persona and inspirational and infectious attitude to everything she does, and her aim is to have everyone smiling throughout her fun and energetic workouts. 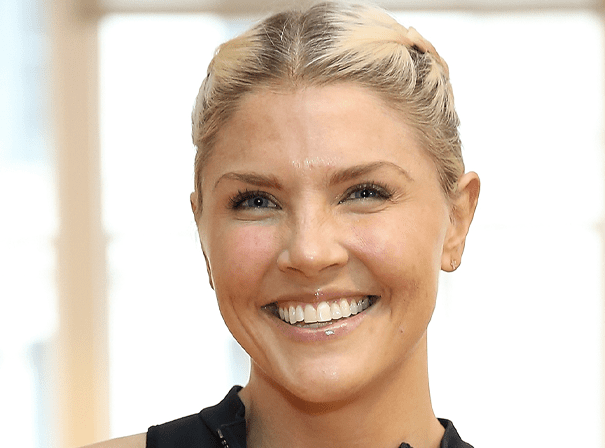