Andrei Deiu is an IFBB Pro League Men’s Physique Athlete and a London-based fitness model. Deiu has built an impressive track record despite being one of the freshest faces on the Men’s Physique stage, winning the 2014 Miami UK Fitness & Model Championship when he was just 19 years old. He went on to win both UKBFF Portsmouth and UKBFF FitCon, and clinched 2nd place at the Arnold Classic Europe. After topping his category at the 2017 Amateur Olympia San Marino, Deiu was awarded his IFBB PRO card and became one to watch on the Men’s Physique stage.

Deiu was born in Romania and moved to the United Kingdom when he was 15 years old. When he first arrived in the UK Deiu had an unhealthy diet and played video games all day, but he began weightlifting and working out as a way to find new friends, and entered his first bodybuilding competition when he was 17. After continuing to train hard and improve over the following years, he won his first major championship – the Miami UK Fitness & Model Championships in St Albans – in 2014.

Since his early success Deiu’s fitness career has been on an unstoppable rise, becoming one of the best in his class and one of the best-known fitness influencers in the world, amassing over 3.5 million followers on Instagram. 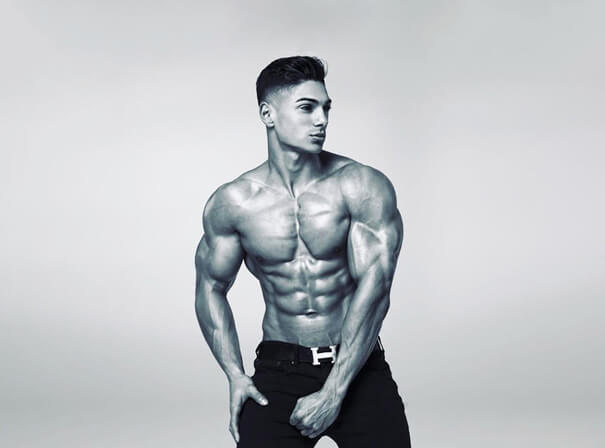