Canadian college basketball player Andrew Nembhard is a rising star who plays for the Gonzaga Bulldogs of the West Coast Conference. The 6 ft 5 in point guard has played a vital role for the Bulldogs this past season after previously playing for the Florida Gators. A skilled, intelligent playmaker and an impressive athlete, he can reliably run the team and is an excellent scorer off the dribble. During the much hyped game between Gonzaga and UCLA Ruins, Nembhard led an impressive charge as the Zags looked invincible, putting in a near-perfect performance scoring 24 points on 9-for-13 shooting, stealing the ball three times and dishing out six assists.

Hailing from Aurora, Ontario, Nembhard was first recruited to the University of Florida from Florida’s Monteverde Academy. After declaring for the 2019 NBA draft he chose to return to the Gators and complete his sophomore season before announcing he was transferring to Gonzaga, choosing the Bulldogs over offers from Stanford, Memphis, USC, Duke and Georgetown. The talented youngster soon found his feet and was named the West Coast Conference’s inaugural Sixth Man of the Year in his first season before being named to the First Team All-WCC as a senior.

Projected as a second round prospect for the 2022 draft, Nembhard has already represented Canada at international level and made the senior team for the 2019 FIBA World Cup. 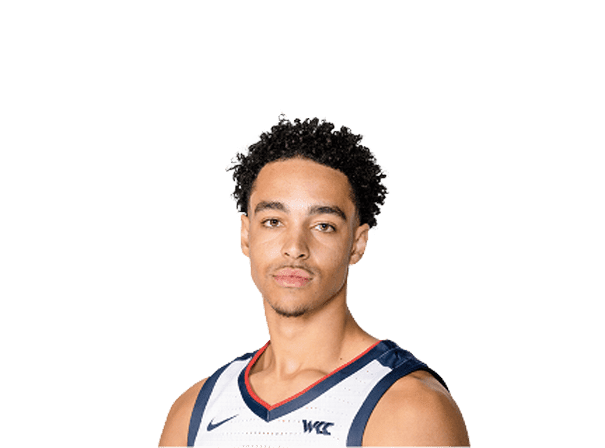