Hailing from Virginia, the sports anchor has made quite a name for himself in the world of sports, television and mostly radio. With 10.8k social media followers, Andrew Siciliano has clearly captured not only the nation’s heart, but the entire world.

Andrew attended Syracuse University’s Newhouse School of Communications from 1992 to 1996. During his time there the youngster acted as assistant director for the student-run radio network, WAER. He graduated with a BA in journalism, ready for the successful career he was about to embark on. Shortly after graduation Andrew took on the dual anchor and reporter role at WMAQ-670 AM in Chicago. A few short years later, in 1999, he was moved up the station ladder to host the Chicago Bears post game talk show. During his time at WMAQ his talent was very clearly noted and Andrew became the recipient of numerous awards including two time AIR Awards winner for Best Sports Reporter and Best Anchor.

In 2000 Andrew moved his way up further to Fox Sports Radio, and became co-host of the Tony Bruno Morning Extravaganza. He co-hosted Game Time Live alongside Krystal Fernandez, and became lead play-by-play announcer for the Las Vegas Gladiators. In 2006 he moved from the Gladiators to the Los Angeles Avengers. Andrew is also the play-by-play announcer for NFL’s LA Rams. In both 2014 and 2016 the sports announcer held the coveted role of covering the Olympic Games for NBC. 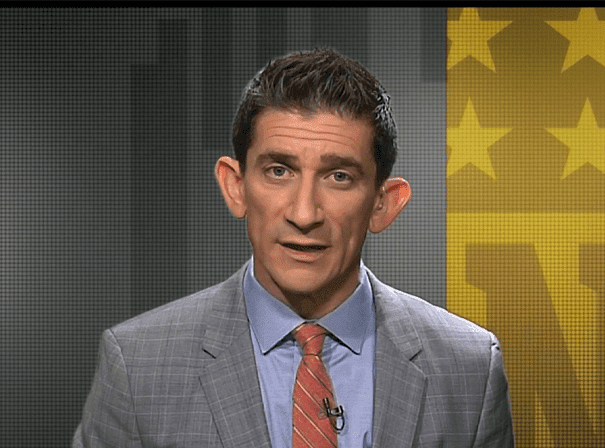