Andriy Shevchenko is a Ukrainian former professional player, football manager and politician who played as a striker for the Ukraine national team, A.C. Milan, Dynamo Kyiv and Chelsea.

Shevchenko is currently ranked as the sixth top goal scorer in all European competitions, with 67 goals under his belt. He has scored 176 goals for Milan alone, making him the second most prolific player in the club’s history. For the Ukrainian national team he is the all-time top scorer with an outstanding 48 goals.
Shevchenko’s enviable career has been heavily highlighted through many awards, the most prestigious being the Ballon d’Or in 2004. In 2003 he was part of Milan’s winning squad for the UEFA Champions League and he has also won various cup and league titles across England Italy and Ukraine. In both 2005 and 2008, Shevchenko was a Champions League runner-up and in the former year he was also named the FIFA World XI. Shevchenko’s distinguished international career saw him captain Ukraine in 2006 to the quarter-finals in their debut FIFA World Cup appearance, as compete in Euro 2012 on home soil.

In 2012 Shevchenko decided to retire from football to pursue his career in politics, standing for election to the Ukrainian Parliament later that year. More recently, in early 2016, he became an assistant coach of the Ukraine national team and after five months was appointed the team’s head coach. 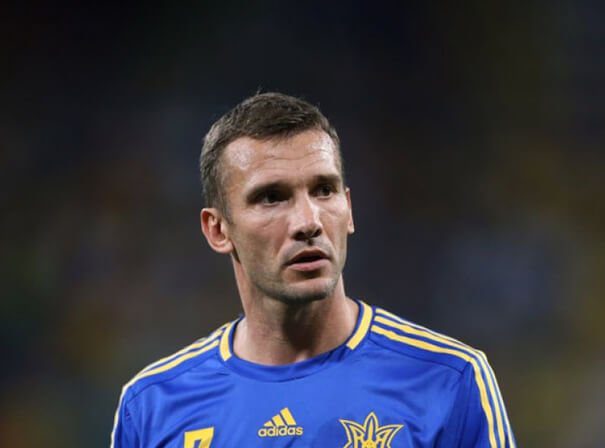