Andy Cohen is an American television and radio talk show host, writer and producer. He is the executive producer of his own late night talk show on Bravo, Watch What Happens Live with Andy Cohen and previously served as executive vice president of Development and Talent for Bravo where he developed new original content and formats and found new talent. As an executive producer he has worked on Emmy award-winning reality cooking show Top Chef and the Real Housewives franchise. He has also hosted dating show Love Connection, Sirius XM’s Andy Cohen Live and Bravo’s Watch What Happens Live. Cohen has a huge online presence with more than 7 million followers across social media platforms.

Born in St. Louis, Missouri, Cohen began his career as a journalist, writing for Boston University student paper The Daily Free Press. He then joined CBS News as an intern and spent a decade at the network where he became a producer on shows including This Morning and The Early Show. Cohen moved to network Trio in 2000, and became Bravo’s vice president of original programming when the network bought Trio. He began to appear more regularly in front of the camera and launched his successful career as a talk show host. 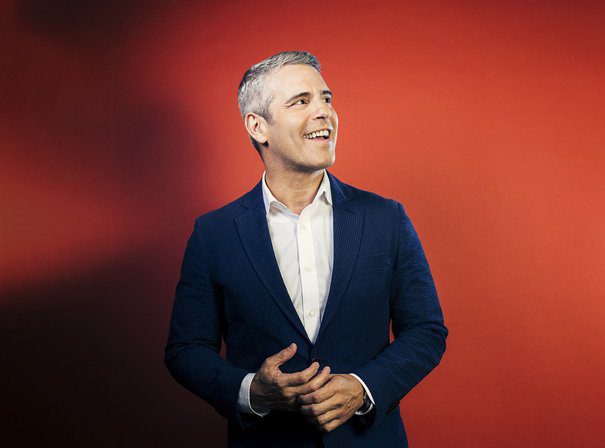