The brilliant Andy Holloway is the well-known host and founder of the hugely popular, award-winning The Fantasy Footballers podcast. It is the No.1 rated Fantasy Football Podcast on Apple Podcasts, as well as the winner of the 2019 IHeartRadio Podcast award for Best Sports Podcast.

Arizona resident Holloway has always had an interested in sports journalism. He attended the Glendale Community College where he studied journalism, while working as a Web Designer and Web Marketing Manager. After graduating, he continued to work in e-commerce, until he moved to Broken Bulb Game Studies where he was involved in social game design and development. Then in 2014, he set-up and began hosting The Fantasy Footballers Podcast with his friends Jason Moore and Mike Wright. The show has won multiple awards and is now the largest fantasy football podcast in the world.

Holloway regularly connects with his legions of dedicated followers and fans through Instagram and Twitter, posting pictures and videos about his personal and footballing life. The podcast has its own official website, thefantasyfootballers.com. 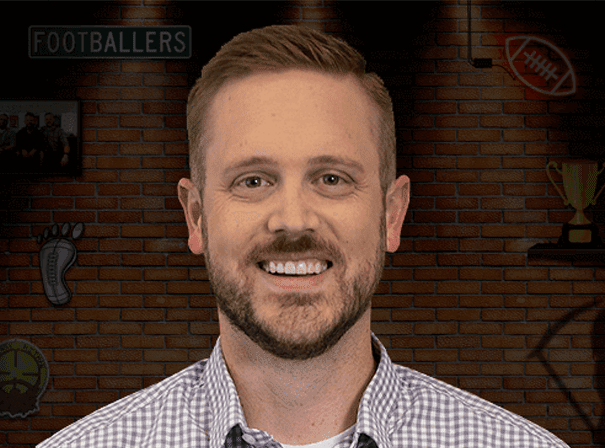