Angelica Hale is a widely recognised and celebrated American child singer and actress who rose to fame when she competed in the 12th season of ‘Amercia’s Got Talent’, finishing the talent contest as runner-up to Darci Lynne. Born in Atlanta, Georgia, Hale was very sick as a young child and suffered permanent scarring on her right lung. She was placed on ECMO life support and was lucky to survive, saved by a kidney transplant from her mother.

Hale began taking singing lessons with a vocal coach after her recovery, where her talent was realised. Soon after taking up vocal coaching, she won a singing competition and since then has performed at many charity events and functions, namely Children’s Miracle Network Hospitals and Children’s Healthcare of Atlanta. It was in 2017 that Hale competed on ‘America’s Got Talent’, where she blew away the judges with her cover of ‘Rise Up’ by Andra Day. When she finished in second place, she became the youngest runner-up in the show’s history. Hale was also a finalist on ‘America’s Got Talent: The Champions’.

Hot on the heels of ‘America’s Got Talent’, Hale performed infront of 7000 people in New York.

She performed at several esteemed events, namely the AGT live shows at Las Vegas, the 2017 NFL game between the Atlanta Falcons and the Dallas Cowboys at the Mercedes-Benz Stadium, Macy’s Thanksgiving Day Parade, Celebrity Fight Night and many more. She wrote and released her debut single in 2019, which received instant acclaim. In the same year as her debut single was released, she joined the boy band TNT Boys on their world tour. Hale has since broken into the world of acting too, further establishing her talents as limitless, she filmed American Reject in 2018 and voiced a character in ‘Maya Unstoppable’ which premiered in 2019. 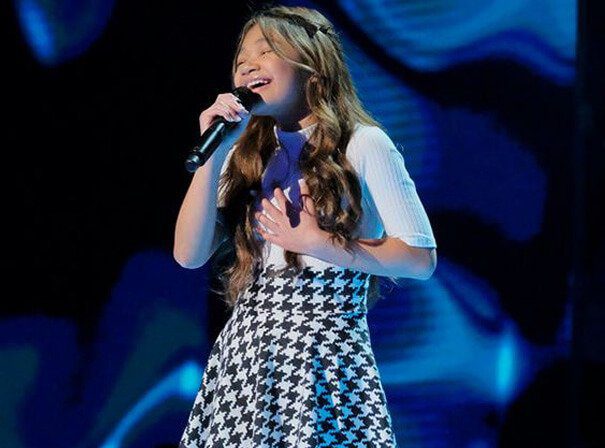