Annika Sieff is a professional Nordic combined skier who competes internationally representing Italy. This seasoned skier has achieved three first place victories at the Alpen Cup, and a Grand Prix victory in 2019 alongside Italy’s international team. Age is just a number to Sieff, as all of her victories so far have been achieved at a very young age. This proves she has a long career ahead of her as well.

Born October 27th, 2003, Sieff made her international debut in ski jumping at the FIS student grand prix in Ruhpolding. At the Nordic Ski Games of the OPA 2016 in Tarvis and Villach, she raced as a Nordic combined skier for the first time. The 2018/2019 season was a particularly good one for Sieff, as she started the summer off with a second place position at the Youth Cup in Oberstdorf. Two victories and three podium spots later, Sieff ended up finishing the Nordic Combined Alpine Cup with an overall ranking of second place.

As Sieff began raking in victories, she was soon invited to compete at the Youth Winter Olympic Games of 2020. Here, she took sixth place individually and won the bronze medal at the Nordic Mixed Team competition. About a month and a half later, she finished in tenth place at the 2020 Nordic Junior World Ski Championships in Oberwiesenthal. In addition, she and her teammates finished fifth in the Nordic combined mixed team competition as well. 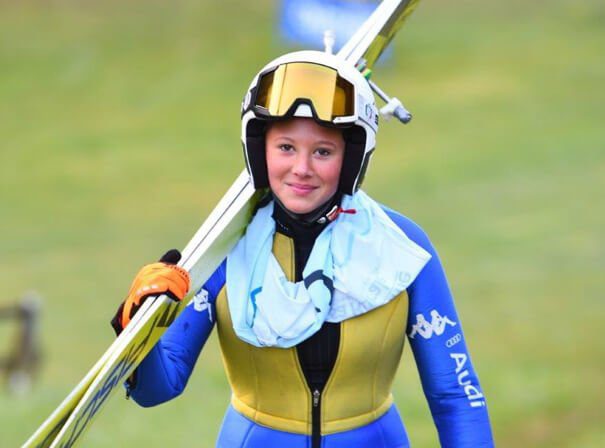