Barcelona left-winger Ansu Fati has football in his blood. His father and two of his brothers are also footballers. Still in his teens, Fati is already becoming one of the world’s most promising footballers. He’s an established part of the Barcelona first team and has won caps for Spain’s U21 side. In his first full season as a professional, he broke records and made 20 appearances for Barcelona as they finished runners-up in La Liga, one of the world’s premier football leagues, ensuring Champions League qualification. He also appeared in their Copa del Ray campaign, helping them to reach the quarter-finals.

Although he plays for Spain at international level, Fati was born in the African country of Guinea-Bissau in 2002. He moved to Spain aged six and has since taken permanent citizenship, allowing him to play for the national team. By the time he joined Barcelona’s academy, aged ten, he had already played for both Herrera and Sevilla. He became a professional with Barcelona, the fourth-biggest club in the world, during summer 2019 and was thrown straight into the first-team. His debut as a substitute in a game against Real Betis made him Barca’s second-youngest-ever player. Two weeks later, he became the youngest-ever player to start a La Liga match and scored within three minutes. Three days later, he capped a whirlwind 18 days by making his Champions League debut. Before the year was out, he broke another record when a goal against Inter Milan made him the youngest-ever player to score in the Champions League’s 65-year history. 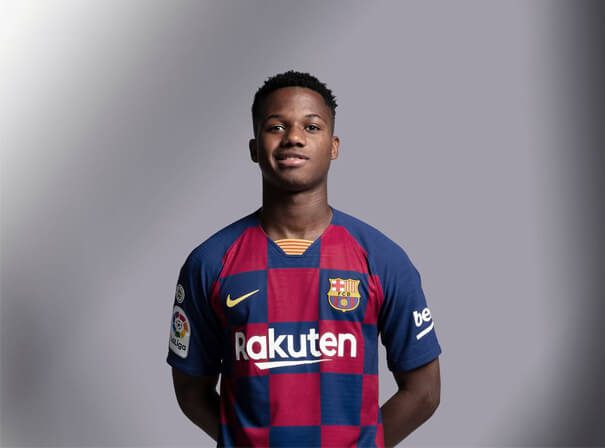