Anthony Elanga was born in Sweden but has made his name in England with one of the Premier League’s biggest clubs, Manchester United. He first signed with them in 2002 when he was just 12 years old and won the Jimmy Murphy Young Player of the Year Award whilst starring for the U-18 team. He stepped up to the senior squad in the summer of 2020 and scored his first senior goal on the final day of the 2020-21 season. He appeared in 26 games in all competitions during the 2021-22 season, scoring three times. 2022 also saw him make his international debut for Sweden, although unfortunately, his country failed to qualify for the 2022 World Cup.

Elanga was born in Malmo in April 2002 whilst his father, Cameroon international Joseph Elanga was playing for Malmo FF. As a schoolboy, he played for both his father’s team and IF Elfsborg, but when he was 12, his family relocated to the UK — to Manchester. Keen to keep his fledgling career going, Elanga signed up with a local team called Hattersley. His talents soon caught the attention of both Manchester City and Manchester United, but it was the latter that signed him in 2014. Despite abhorrent racist abuse from some fans at away games, he has kept his head up and become a valuable part of the current Manchester United squad.

Although his father represented Cameroon, and despite being eligible for England, Elanga elected to make himself available for Sweden at international level. He made his senior debut for them during their 2022 World Cup qualifying campaign. 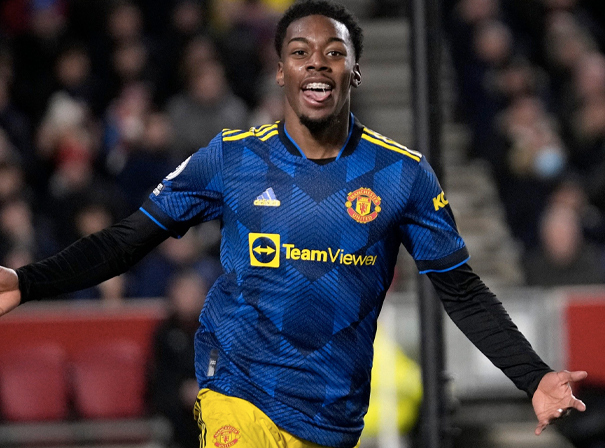