Anthony Kiedis is known and loved by millions of music fans worldwide as the lead singer of Red Hot Chili Peppers, one of the most successful, biggest-selling bands of all-time. Some of their biggest songs, ‘Under the Bridge’, ‘Scar Tissue’, ‘Californication’, and ‘Give it Away’, to name just a few, have become anthems for at least one generation. They have won six Grammy Awards and were inducted into the Rock and Roll Hall of Fame in 2012. As well as his superlative showman skills, Kiedis brings a distinctive lyrical and vocal style to the group.

Kiedis was born in Michigan but moved to Hollywood as a teenager. Here he became involved in acting and had some bit parts in films under the pseudonym Cole Dammett. In 1983, he founded Red Hot Chili Peppers, with his best friend Flea playing bass. They signed with EMI and released their debut album the following year. It sold 300,000 copies and established them as the natural heirs to the funky post-punk sound of groups like Gang of Four and Contortions. During the rest of the decade, they continued to build their reputation, working with the influential likes of George Clinton and Rick Rubin. 1991’s Blood Sugar Sex Magik proved to be their mainstream breakthrough, selling over 12 million copies. It is still regularly recognised as one of the greatest rock albums ever made.

By the end of the 1990s, Kiedis and the Chili Peppers would have overcome adversity to release 1999’s Californication, which remain their biggest-selling album and is also regarded as an all-time classic. They remain together today, releasing music, and being involved in charity and political activism. 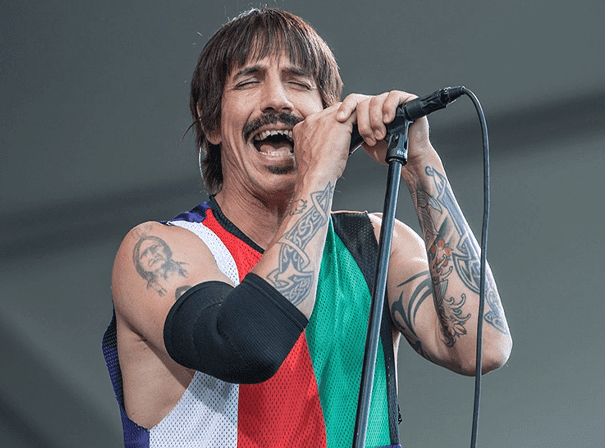