Anthony Koutoufides is a widely recognised Australian rules footballer with the Carlton Football Club who is considered to be one of the most athletic and strong players of all-time, he has played in most positions and many regard him as the ‘prototype’ of the modern footballer.

Koutoufides has become somewhat of a celebrity in Australian culture, he has featured on several television show, notably appearing as gladiator in the Australian television series, ‘Gladiators’, when he appeared as Kouta, ‘a gladiator touched by the gods’. Koutoufides also won the Australian version of ‘Dancing with the Stars’ in 2006, which he gained further renown for. During his career, Koutoufides appeared as the face of Nike and Adidas and appeared on several occasions in the Men For All Seasons calendar.

In his football career, Koutoufides was recruited by Carlton in 1990 and played 50 games with the reserves before establishing himself as one of the most versatile and powerful players ever to play the game.

A natural athlete, Koutoufides’s profile grew through the 1990’s as he made his mark, playing in various positions and always dominating the game. By 1997, he was leading goal kicker with 28 goals and in 1999 he was selected in the final Victorian State of Origin team. 2000 was his greatest season, playing 20 games and averaging nearly two goals a game. He was captain from 2004 to 2007 when he announced his retirement from the game. 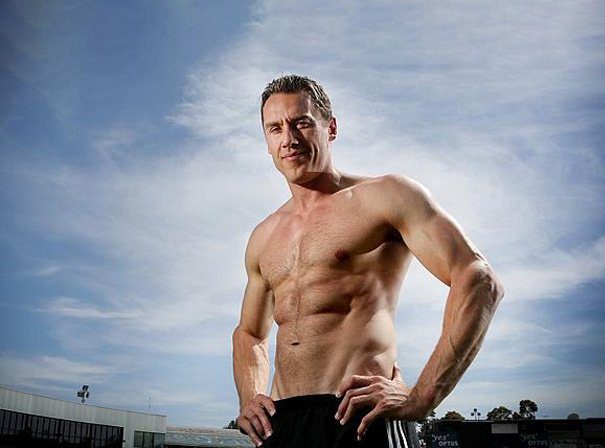