Succeeding in Lightweight Championships in both World Extreme Cagefighting (WEC) and its successor UFC, Anthony Pettis has enjoyed a highly decorated career in Mixed Martial Arts. Known as “Showtime” to his fans, Pettis has enjoyed more than twenty victories in professional MMA, effortlessly defeating some of both Lightweight and Welterweight divisions’ biggest names.

Currently sitting at No 8 in the UFC Welterweight rankings, this Milwaukee native joined his brother Sergio, a UFC fighter himself, for Taekwondo lessons aged just five years old. Despite a schedule consistently packed with professional MMA bouts since 2007, Pettis hasn’t stopped studying the craft, receiving tutorage by the kickboxing and striking legend Duke Roufus to become a 3rd Dan Blackbelt in Taekwondo and a Blackbelt in Brazilian Jiu-Jitsu.
Accumulating eight consecutive wins for GFS in 2007 and 2008 alone, Pettis hit his stride after joining WEC, winning the Lightweight Championship, one Knockout of the Night, one Submission of the Night, Sherdog’s Breakthrough Fighter of the Year and FIGHT! Magazine’s Newcomer of the Year in 2010 alone.

Picked up by UFC after it’s merge with WEC, Pettis consolidated on his excellent form with another 17 victories, including a Lightweight Championship and a smattering of Knockout, Submission and Performance of the Night awards. Among these is his 2019 second round knockout of Stephen Thompson, historic both as Pettis’ first Welterweight bout in over a decade and the first time Thompson had ever been knocked out in his 70+ kickboxing and MMA fights.

With fighting displays this stunning in 2019, Pettis has already made a confident return to the Welterweight division, poised to continue successfully defending his spot in the top 10. 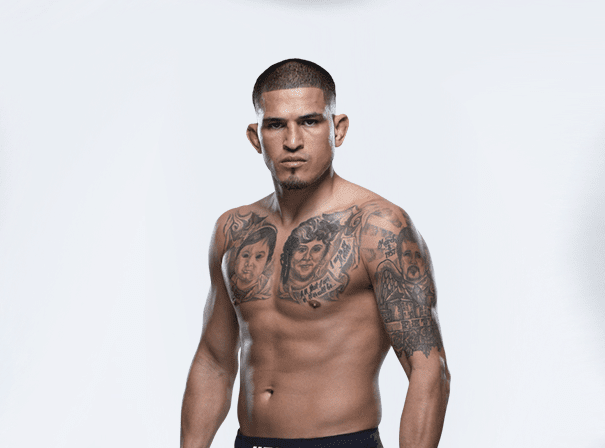