Aric Michael Almirola, also known as the Cuban Missile, is an American racing driver with two NASCAR Cup Series race victories to his credit. One in 2014 at the Coke Zero 400 at Daytona International Speedway. Another in 2018 at the Talladega Superspeedway. He has competed full-time in the NASCAR Cup Series for over eight seasons and now finds himself in the hot seat of the famed No. 10 Ford Mustang for Stewart-Haas Racing.

From an exceptionally young age, Almirola had shown promise in motorsport. He competed in go-karts at a regional level, winning a host of championships throughout the southeast. The following two years saw him competing in the Monster Energy NASCAR Cup Series championship, where he finished a career-best fifth place.

NASCAR Hall of Famer Richard Petty signed Almirola to drive his famous No. 43 Ford in 2012. It was Almirola’s first full season as a professional NASCAR driver. Still, Petty’s faith in him was repaid in spades, as Almirola went on to win the pole position in the Coca-Cola 600 at the Charlotte Motor Speedway and continued to outperform for the remainder of the season. Eventually finishing the year with a top-five finish and four top-10s. Almirola has gone from strength to strength, and 2015 through 2017 saw him collect six top-fives and thirteen top-10s. His 2018 season was his best to date with a race win, four top-fives, seventeen top-10s, leading for 181 laps in total.

Aric and his wife Janice are recognized for their charitable work outside of the world of motorsport. Together they founded the Almirola Family fund, which helps children and families at the Atrium Health’s Levine Children’s Hospital. 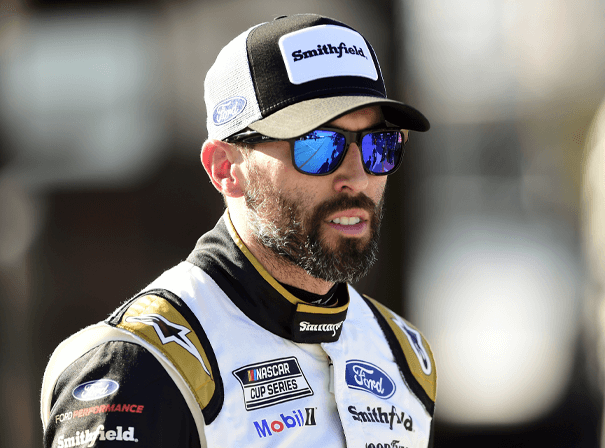