Widely regarded as one of the greatest tag team wrestlers of all time, Arn Anderson is a retired professional wrestler. He is a four time NWA/WCW World Television Champion, and worked as a producer for WWE after his retirement. He is well known for his alliances with several members of The Four Horsemen wresting stable and with the legendary Ric Flair. In 2012 Anderson was inducted into the WWE Hall of Fame as one of the Four Horsemen.

Born Martin Anthony Lunde in Georgia, United States, Anderson kicked off his early career in 1982 trained by Ted Lipscomb (Allen). After wrestling in several independent wrestling companies across the US, he joined NWA affiliated promotion Southeastern Championship Wrestling in 1983. Before the end of the year he became a member of Ron Fuller’s Stud Stable and rose through the tag team ranks winning the NWA Southeastern Tag Team Championship on three occasions with Mr. Olympia. He also met Ric Flair through the promotion and started what would become a lifelong friendship.

In 1994 Anderson joined Mid-Atlantic Championship Wrestling and took on the name Arn Anderson after his resemblance to legendary tag team wrestler Ole Anderson whom he began to work with. The pair became a formidable team, winning the NWA National Tag Team Championship. The duo went on to form an alliance with Ric Flair and Tully Blanchard and became a dominant force within the territory and later named themselves The Four Horsemen. Anderson also enjoyed success as a single wrestler beginning a reign as NWA Television Champion.

Anderson retired in 2000, and released his bestselling book Arn Anderson 4 Ever the same year. After working as a producer for WWE until 2019 he joined AEW and also started his own podcast, The Arn Show. 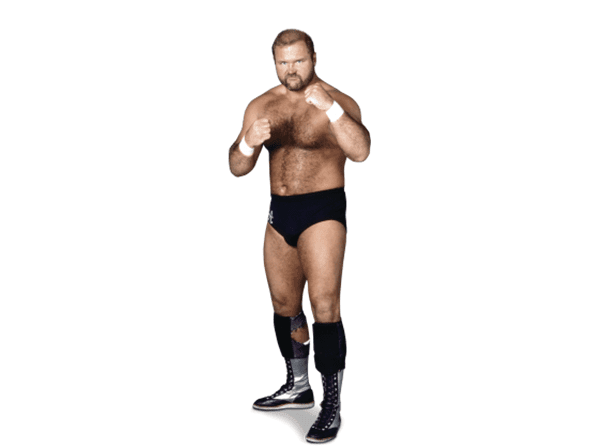