The extraordinary life and career of bodybuilder, actor, businessman and politician Arnold Schwarzenegger is without parallel. A former Mr. Universe, Golden Globe-winner and two-term Governor of California, he has carved a unique path from his days as a teenage weightlifter to his time as head of government of the most populous state in the US. Austrian-born Schwarzenegger began lifting weights at 15, and was soon entering competitions. He was crowned Junior Mr. Europe, before becoming the youngest ever winner of Mr. Universe at age 20. The following year, he moved to the United States, where he went on to win Mr. Olympia a total of seven times and Mr. Universe three further times as a professional.

Following his dream to become an actor, Schwarzenegger made his big-screen debut in fantasy comedy Hercules in New York, and went on to win a Golden Globe Award for his performance in Stay Hungry. He appeared in a string of increasingly high-profile films, including the box-office hit Conan the Barbarian, before landing the title role in sci-fi thriller The Terminator. Over the following two decades, he appeared in hits including Predator, Commando, Twins, Total Recall and the Terminator sequels Judgment Day and Rise of the Machines.

After gaining political experience as chairman of the President’s Council on Physical Fitness and Sports, Schwarzenegger ran successfully for the Governorship of California in 2003, and won a second term in 2006 by a large margin. He has since helped found the Schwarzenegger Institute for State and Global Policy, and has been an advocate for action on climate change. Since leaving frontline politics, he has also returned to the big screen, with appearances in two further Terminator films and The Expendables franchise, and took over from Donald Trump as host of The New Celebrity Apprentice. 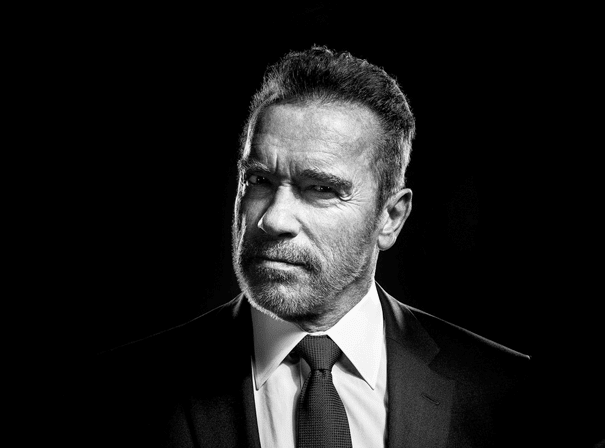