Arthur Rinderknech is an up-and-coming French tennis player who made his Grand Slam debut in 2018 at the relatively late age of 23. However, he has been making up for lost time with appearances at all four major Grand Slam tournaments and numerous Challenger, Futures, and World Tennis Tour titles to his name. He broke into the Top 50 of the world rankings for the first time in January 2022, helped by his second-round appearances at the 2021 US Open and 2022 Australian Open.

Born in the French village of Gassin, and an imposing 6’, 5” tall, Rinderknech’s most formative tennis years were spent across the Atlantic at Texas A&M University where he played for the school team. He made his Grand Slam main-draw debut at the 2018 French Open, partnering with fellow emerging French player, Florian Lakat. His most successful Grand Slam year to date was 2021, during which he reached the second round of the US Open and the first rounds of the French Open and Wimbledon. He also reached the second round of the Paris Masters and the doubles tournament of the US Open. His journey up the rankings was also helped by his first ATP Tour final.

2022 got off to a strong start as Rinkerknech reached the second-round of the Australian Open for the first time as well as the final of the Adelaide International, which he lost in a hard-fought game against home player Thanasi Kokkinakis. However, now inside the Top 50 for the first time, his further progression is inevitable. 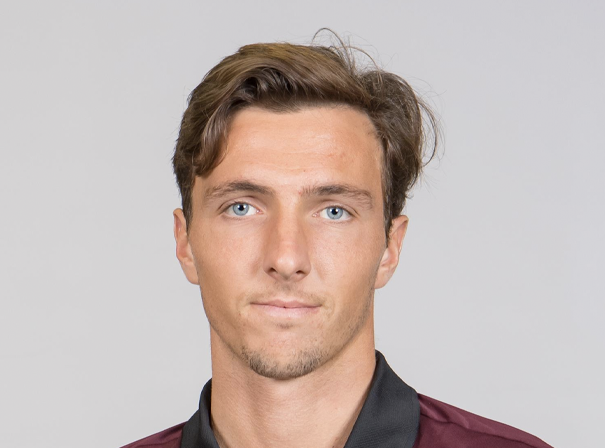