One of the most followed creators on TikTok, Avneet Kaur is an Indian actress known for her roles in television series. She has since become one of India’s most famous influencers with popular content on TikTok, Instagram, and YouTube.

Born in October 2001, she started her career at a young age as a contestant on Dance India Dance Lil Masters. Kaur went on to participate in Dance Ke Superstars, another dance show. She soon made her acting debut with stints in Meri Maa and Tedhe Hain Par Tere Mere Hain. In June 2012, she participated in the dance reality show Jhalak Dikhhla Jaa and appeared in the television series Savitri. Kaur made her film debut in 2014 as Meera in Mardaani and starred in Chandra Nandini as Princess Charumati in 2017. In 2019, she began her role as Yasmine in Aladdin – Naam Toh Suna Hoga, going on to appear over 200 episodes.

Her success as an actress has made her a social media phenomenon. Avneet Kaur is one of the most followed TikTok accounts in the world with over 22 million followers. Her YouTube channel is set to reach 1 million subscribers, and she has around 12 million followers on Instagram. Her online content includes makeup tutorials and music videos, and her career as an actress continues to blossom. Avneet Kaur is undoubtedly one of India’s brightest stars of her generation. 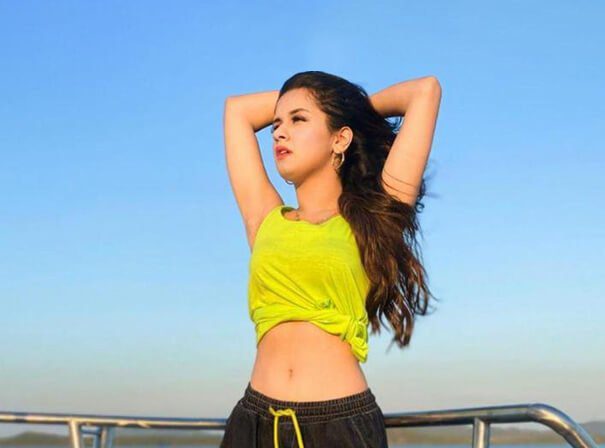