Belinda Peregrín Schüll – better known simply as Belinda – is one of Mexico’s best-selling female singers of all time. Her eponymous solo album sold over 1.1 million copies around the globe and spawned hits including debut ‘Lo Siento’ and the theme from 2004 telenovela Corazones al límite, ‘Vivir’. Her second album was certified platinum in Mexico and earned Belinda two Latin Grammy Awards nominations. In 2007 she won MTV Latin America music awards for Video of the Year and Best Solo Artist.

Often referred to as the “Princess of Latin Pop”, the multi-talented star is also an actress who has starred several films including The Cheetah Girls 2, and several Mexican telenovelas. Belinda has also appeared as the face of Coca-Cola, FIAT, Dolce & Gabbana as well as many other famous global brands.

Originally hailing from Madrid, Spain, Belinda was chosen from among thousands of girls to play the lead role of Ana in musical telenova Amigos x Siempre on Mexican television. The show and accompanying soundtrack – which also featured Belinda – was a huge success in Latin America and shot the young singer and actress to fame almost overnight. Her next starring role came in Cómplices Al Rescate, and she received her first Latin Grammy nomination for her work on the soundtrack.

Belinda released her self-titled debut album Belinda in 2003 and the album went on to become a best-seller in Latin America and around the world. Now established as one of Mexico’s most successful recording artists, in 2020 she appeared as a coach on Mexican singing competition La Voz. 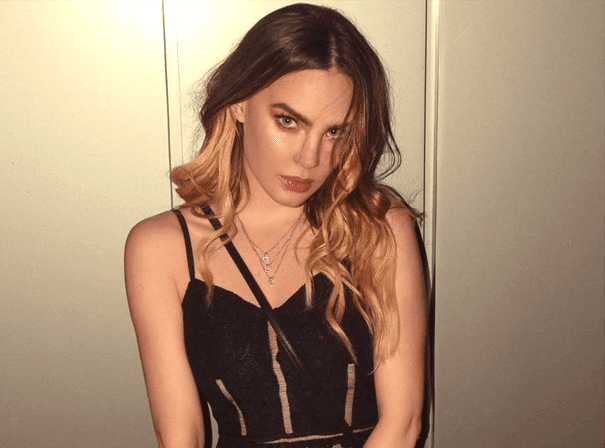