Bella Angel is an amateur golfer who has also dabbled in modelling and social influencing. She has risen to fame over the last few years for her dedication to golf as well as the fashion she brings to the golf course. She also finds time in her schedule to double up as a ring girl for some occasions.

Angel was set for golfing success from a young age, following in the footsteps of her father who is a PGA golf professional. She grew up practising with her father on the golf course beside her house, quickly finding herself winning junior competitions and honing her craft. She then decided to attend Loughborough University in order to pursue her passion for golf during her studies. She established herself as the university team’s secret weapon. As one of the few women interested in the sport, she competed against men and often won.

Around this time, she set up her golf Instagram and became very popular, earning herself sponsorships, modeling opportunities and, most importantly, a chance to play golf professionally. She recently competed in Saudi Arabia’s first Ladies Golf Tournament, claiming to be excited to be a part of history for female golfers.

Now, Angel has over two hundred thousand Instagram followers following her golfing journey. She has also partnered with some of the biggest brands in sports, including Glenmuir golf, Perfect Practice golf accessories and many others. 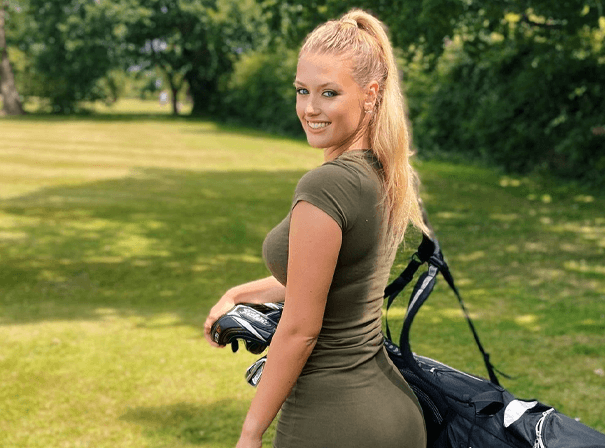