Australian guitar ace Ben Carey has toured the world with bands including Savage Garden, Lifehouse and Tal Bachman. Carey joined Savage Garden on their Affirmation World Tour from 1998 to 2000 as band guitarist, performing their world-famous tracks such as ‘Crash & Burn’, ‘I Knew I Loved You’ , ‘Affirmation’ and many more. Carey has also turned his hand to television, appearing in the Australian spoof lifestyle program Life Support. Carey has also played in the southern country-tinged rock band Elvis Monroe famous for their hit ‘Blue Collar Man’ (the theme song for TV show Vegas Rat Rods).

Hailing from Warburton, Victoria in Australia, Carey began his career playing pub gigs before his talent drew attention from Savage Garden in 1998. Carey joined their band on their sold out Affirmation stadium tour in 1998 playing to packed venues across the globe with vocalist Darren Hayes and instrumentalist Daniel Jones.

Since then the immensely talented axeman has played in a number of successful bands, including Lifehouse, and Elvis Monroe alongside members of Matchbox Twenty. Whilst a member of Elvis Monroe, Carey and bandmate Bryan Hopkins escaped a mass shooting at a musical festival in Las Vegas.
Carey’s most recent band is The 442s alongside Justin Carder, Chris Lukes and Eric Runquist, a genre defying group blending rock, folk, classical and more, and the quintet have released three albums so far. 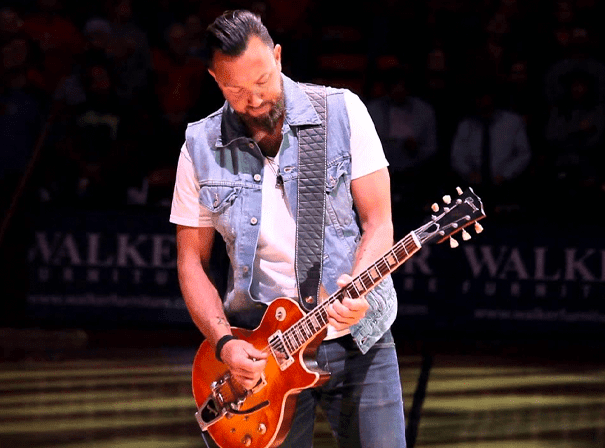