Ben Saxton is a Team GB Rio 2016 Olympian and Olympic Class World and European Champion sailor. He is the 2017 World Champion in the Nacra 17 class and a full-time member of the British Sailing Team, which he entered in 2011. After winning a silver medal at the 470 European Championships in 2012, Saxton is one of the few notable sailors to have won championship medals in two different Olympic classes.

Saxton started his education in Cambridgeshire, where he earned straight A’s at A Levels before earning a 2:1 in a BSc degree in Management from the University of Southampton. He began his sailing career in the Optimist dinghy and the RS Feva, winning national championships in both. Saxton raced both the 420 and the 29er as a child. He has also won national titles in the J70 RS200 and Merlin Rocket, as well as match and team racing.

Over the summer of 2020, Saxton and partner Nikki Boniface featured in three world-wide major events and medaled at all of them, making the pair the only Nacra 17 worldwide to do so. They won gold at the Euros in Weymouth and Portland; bronze at the Olympic Test Event in Enoshima, Japan; and silver at the Sailing World Cup, also held at Enoshima. The duo resultantly moved up to 2nd in the World Rankings. Their sponsors include ILoveMeetandGreet, Anglian Water, Bolle, CKLG Accountants, Marlow and Harken. 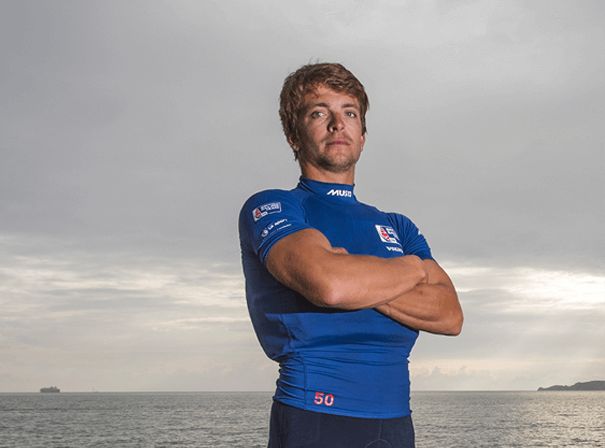