A powerful speaker on economics in real life, Ben Stein is globally famous for his comedy role as the economics teacher in Ferris Bueller’s Day Off. Stein’s famous scene in the iconic film has been ranked one of the 50 most famous scenes in movie history. He has also appeared as the host of popular Emmy award-winning game show Win Ben Stein’s Money and as Dr Arthur Newman alongside Jim Carrey in Hollywood blockbuster The Mask and sequel Son of the Mask.

Before rising to prominence in the world of entertainment as a game show host, comedian and actor, Stein was the former speechwriter for U.S. Presidents Gerald Ford and Richard Nixon. He is also a prolific author of 7 fiction and 21 non-fiction books including bestsellers Can America Survive?, Yes, You Can Retire Comfortably and Yes, You Can Time the Market, and he wrote a column in the New York Times on economics for over 5 years.

Born in Washington, D.C,. Stein is the son of presidential advisor and economist Herbert Stein. His early career was diverse and included acting as a poverty lawyer in New Haven, a trade regulation lawyer for the Federal Trade Commission and speech writer for Presidents Nixon and Ford. Stein’s Media career kicked off with his unforgettable appearance in the 1986 blockbuster Ferris Bueller’s Day Off, his lecture scene becoming an iconic movie moment. Various acting roles followed including a recurring role in the TV show The Wonder Years. In 1997 he began co-hosting the Comedy Central game show Win Ben Stein’s Money alongside Jimmy Kimmel, and the show went on to win five Daytime Emmy Awards. Stein is currently a regular commentator on CNN, CBS Sunday Morning and Fox News. 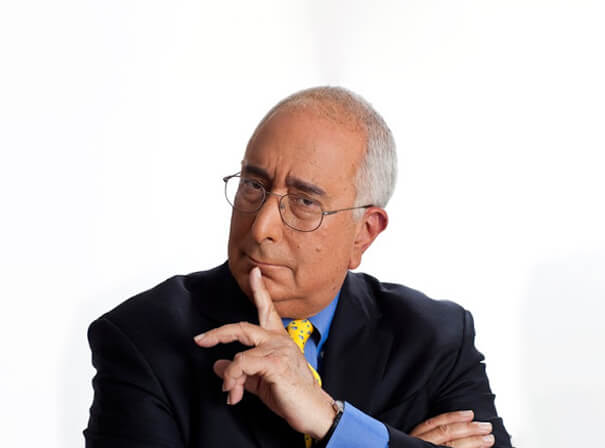