World champion, Paralympian and Buffalo native Ben Thompson has been competing internationally since 2014. Multi-gold medallist and globetrotter, Thompson is now a familiar face in the world of compound archery. When a devastating car accident broke his back in 2009, this twist of fate inspired him to succeed by entering into the archery world at the suggestion of his Doctor. Thompson hasn’t looked back since!

A testament to Thompson’s skills, he made the USA National Team in his debut year. Thompson has triumphantly brought home a number one ranking in the world, courtesy of his performance at the 2019 World Archery Para Championship. Additionally, in 2019, Team USA honoured Thompson with the prestigious, “Male Paralympic Athlete of the Year” award with nominees across a wide range of sports.

Competing in multiple world championships, Thompson has a lot more to give yet! An inspiration to many, he credits his motivation to his son; who was a mere five years old when life changed for the Thompson family. Thompson’s easygoing, caring and joking personality all play a part in his success. From that fated crash, through to the myriad of accomplishments on his journey to international acclaim Thompson embodies determination. Thompson’s intention has always been to solve problems and become a world-class athlete; he’s certainly not disappointed on those fronts. Going from strength to strength, Thompson remains, “one to watch”. 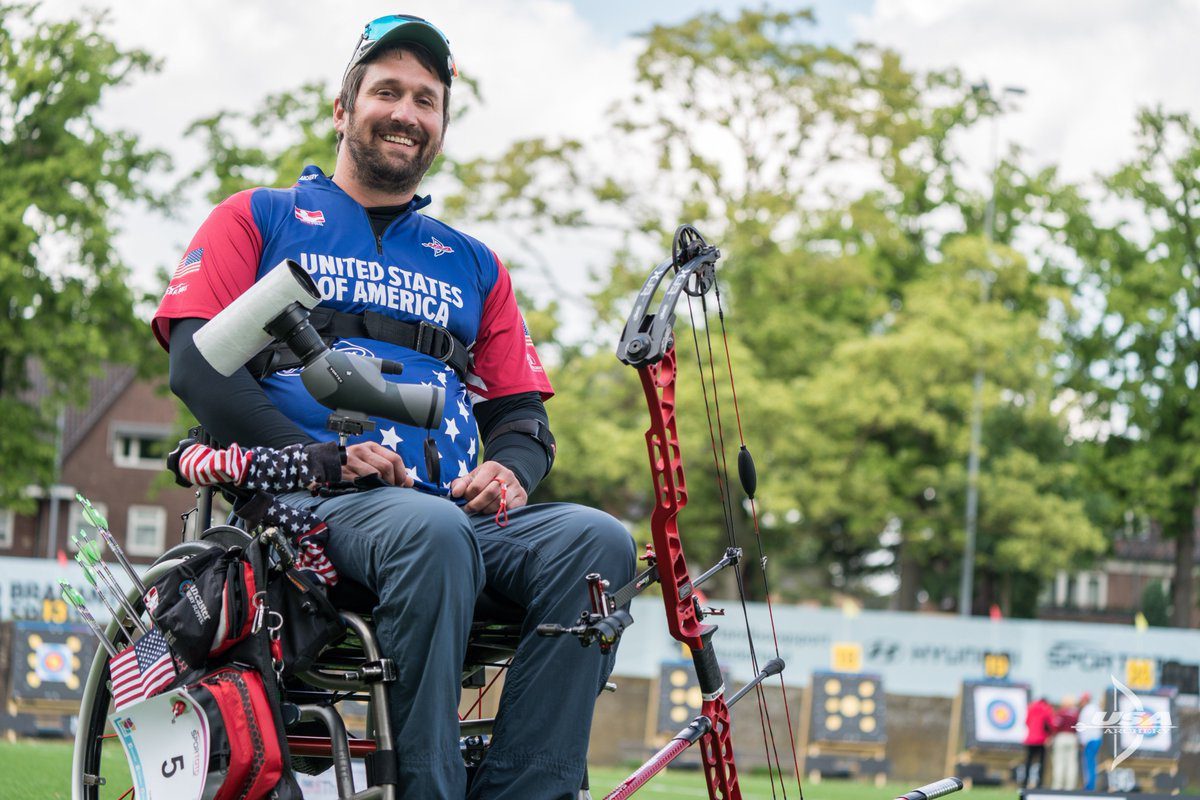