Legendary singer-songwriter Bernie Shaw has been lighting up the stage for decades. Perhaps best known as the frontman for British rock band Uriah Heep, Shaw’s reputation speaks for itself. Over the years, the Canadian native has toured across the globe with his bands Grand Prix, Praying Mantis, Stratus, Iris and In Transit. From what started as a young boys dream in the 1970s to worldwide success, Shaw has seen it all. He first made a name for himself with the classic melodic rock band Cold Sweat playing stages across British Columbia to Manitoba before taking up the mic with Saskatoon-based band Legend. In a career-defining move, Shaw boarded a plane to London, UK, where his meteoric career was born.

Throughout Shaw’s illustrious career, he has featured on over twenty-five Uriah Heep albums, including fan favourites The Magician’s Birthday, Wake the Sleeper and Sweet Freedom. His unique vocals have helped shape the band’s continuous mass appeal, and stadium powered tours. Before helming an opportunity of a lifetime with Heep, Shaw rose to prominence with the bands Grand Prix and Praying Mantis, where he would feature at Reading Festival and various venues. Alongside band members Chris and Tino Troy, Shaw played in the iconic band Escape before becoming the melodic rock band, Stratus. The iconic album Throwing Shapes would become one of the genres most defining albums.

Showman, songwriter and master of his craft, Shaw has built on enduring legacy over the years. With the expansive box set, Fifty Years in Rock, Shaw and Uriah Heep continue to push the boundaries of the genre. As Shaw looks to the next chapter of his career, he will be entertaining audiences for years to come. 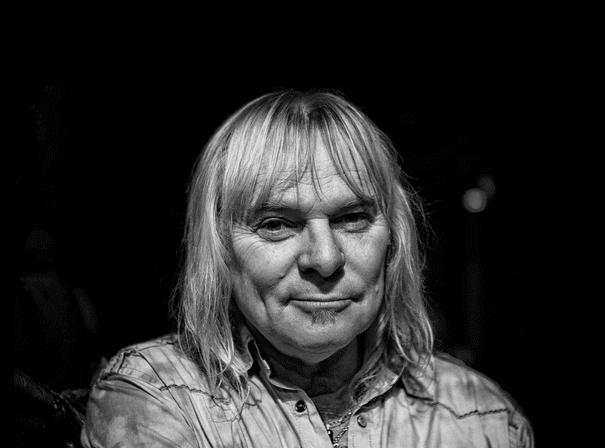