Professional wrestler, commentator, and actor Bill Goldberg remains one of the most beloved personalities to enter a wrestling ring. Jump-starting his career with a stint in World Championship Wrestling, where he held the first and longest winning streak for 16 years after his departure, Goldberg would go on to become a WCW World Heavyweight Champion, WCW World Tag Team Champion, WWE World Heavyweight Champion, and Two-Time World Champion, before being inducted into the WWE Hall of Fame in 2018. On the television and film side of his career, Goldberg has appeared as himself in over a hundred TV specials and cut an imposing figure in films like Universal Soldier: The Return, The Longest Yard, Santa’s Slay, American Satan, and Check Point, for which he also holds a producer credit.

Formerly a professional football player, Goldbergplayed for the Los Angeles Rams and Atlanta Falcons, among others, before aninjury took him off the field. Turning to mixed martial arts and bodybuilding,he caught the attention of wrestling legend Sting, who urged him towards acareer in the industry. While he has now taken a step back from the world ofwrestling, Goldberg uses his celebrity to assist with charity and fundraisingevents and has never ruled out the possibility of a return.

Goldberg is currently the host of the HistoryChannel’s Knife or Death, in which contestants compete using weapons they havefashioned themselves. Fans can also keep up with him on his social media, or onthe bi-weekly automotive-enthusiast podcast CarCast, which he hosts alongside AdamCarolla and Matt D’Andria. 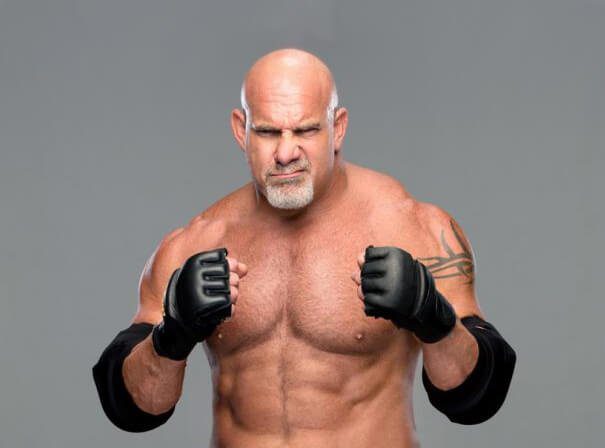