Extreme rollerskating duo Billy and Emily England made their mark on the hot reality TV shows, America’s Got Talent and America’s Got Talent: The Champions. They have also appeared on Britain’s Got Talent, Big Brother: Celebrity Hijack and When Will I Be Famous? Emily has appeared solo on Germany’s Das Supertalent show, too. The incredible siblings are now part of a steamy headline circus show, Absinthe, at the famous Caesar’s Palace in Las Vegas, where they regularly dazzle audiences with their daring stunts and death-defying tricks.

Born and raised in Birmingham in the UK, to a family of circus performers, brother and sister Victor and Carmen Emilia Arata now live in Las Vegas, performing under the stage name Billy and Emily England. They began roller-skating as kids, with their mother buying them skates to get them out of the house. However, if the weather was bad, she moved the furniture out of the kitchen and created their own indoor skating rink for them!

The amazingly talented skaters love to share their skills with others. They are very active on social media, regularly posting on Twitter and Instagram. Emily has her own YouTube channel, Our Skate Life, where, along with her friend, Ashe Margrini, she teaches you everything that there is possible to do on a pair of rollerskates. 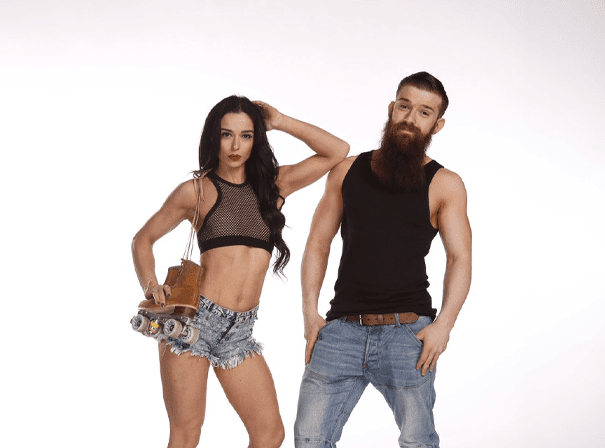