Billy Blanks is an American health and fitness personality, martial artist, and actor who first found fame when he created the popular Tae Bo exercise method in the mid-1980s. Shortly afterwards, he opened a gym in Los Angeles dedicated to teaching Tae Bo and was soon attracting high-profile celebrity clients. In a pre-streaming world, this meant that his exercise home videos sold in their millions, making Blanks a multi-millionaire in the process. He has appeared in Hollywood movies including The Last Boy Scout, Tango & Cash, and Jack & Jill. His most recent acting projects include a role in the TV series, The Circuit 2020, which is based on a classic underground fight film of the early 1990s.

Blanks hails from Erie, Pennsylvania. A martial arts student from the age of 11, he determined to become a martial arts champion after watching Bruce Lee on TV, despite impaired movement due to lifelong problems with his hips. During the 1980s, he developed Tae Bo, which blended Tae Kwon Do and boxing. He began teaching it in his new Los Angeles gym, and before he knew it, Tae Bo was the biggest workout going.

Blanks got his break in the film world whilst acting as a bodyguard for leading lady Catherine Bach during the filming of Driving Force in 1988; he impressed the film’s producers, and they gave him a part. He has since appeared in a great number of films and TV shows, and he continues to do so. 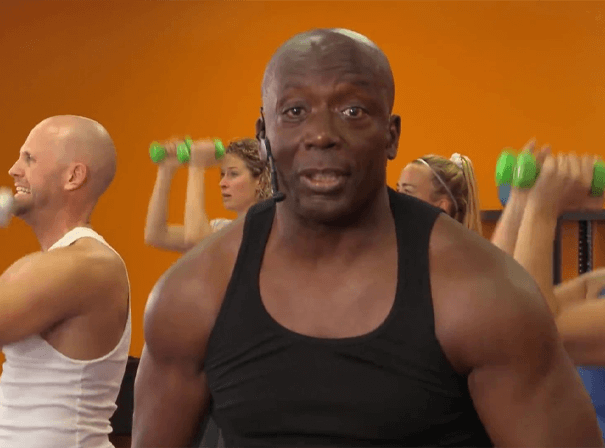