Starting junior golf at the age of 13, O’Neal received a runner-up victory in the Woman’s Western Tournament and a final medalist at the AJGA Ping Phoenix Junior Championship. In high school, O’Neal won the Women’s 5A Arizona State Golf Champion. Shen went on to compete on Arizona State University’s Sun Devil team, where she was crowned a two-time NCAA women’s long-drive champion. After college, Blair turned professional, gaining status on the LPGA Symetra Tour, while kickstarting her modeling career. O’Neal appeared in Sports Illustrated Swimsuit Edition for three consecutive years. She was named “One of the Hottest 50 Athletes of All-Time” by Sports Illustrated, one of the “Hottest Golfers” by Golf Digest, and one of “The 18 Most Beautiful Women in Golf” by Golf Magazine.

O’Neal was then asked to be a contest Big Break: Dominican Republic, where she was crowned champion and earned an exemption to the 2011 LPGA Kia Classic in March. She then regained her status on the LPGA Symetra Tour and signed on with Cobra-Puma as her principal sponsor. From 2012 to 2014, Blair played full time on the LPGA Symetra Tour. Starting in 2015, O’Neal transitioned her career to media, where she balances her work on Golf Channel, with corporate outings, partnership commitments, and various golf tournaments. 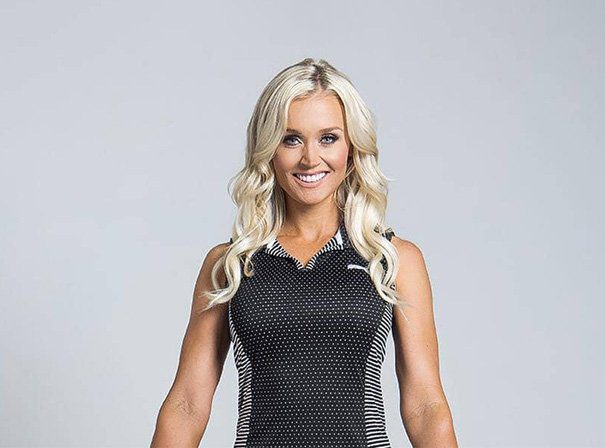